The entirety of General Michael Flynn’s legal battle is, in and of itself, obscenely under-reported by the media. A three-star general who served his country loyally has been the victim of a massive witch hunt that seeks to destroy his entire career and reputation, all for the purpose of using him to get to President Trump, who remains the Left’s eternally elusive target.

In the end, the Obama-era Deep State operatives who have tried to take down General Flynn could only find one “crime” to charge him with: Lying to the FBI, a procedural crime that never would have existed had the bogus “Russian collusion” investigation never existed in the first place.

But the story of General Flynn’s fight for justice is a complicated web of deception, lies, and outright betrayal of the General. Not only did his own government betray him, but he was even betrayed by his own legal counsel.

As explained in the latest filing by his new counsel, led by the unstoppable Sidney Powell, General Flynn was represented for the longest time by an ineffective counsel from the law firm of Covington and Burling LLP. Early on in the process of filing the necessary paperwork to prepare General Flynn’s defense, Covington made several mistakes in their Foreign Agents Registration Act (FARA) filings, and then refused to tell General Flynn about the mistakes, and charged him hundreds of thousands of dollars to fix their own mistakes.

Thus, for a period of over two years, General Flynn was failed by an objectively incompetent legal team that ultimately violated his constitutional right to effective counsel. Their incompetence ultimately led to General Flynn being coerced into making a guilty plea, when the full facts of the case proved that he had every right to make a “not guilty” plea instead. Had he been better informed and represented by a better counsel, he would never have agreed to the government’s plea deal.

While Sidney Powell and the rest of the General’s new team have been working fast to make up for the lost time and are fighting to see true justice done, we as Americans must do what we can to show the General our support. We owe it to the General, as well as to Sidney Powell, his brother Joseph Flynn, and others who are fighting tirelessly every single day for his freedom.

All patriots who wish to support General Flynn should go to MikeFlynnDefenseFund.org. Your contributions will prove that the willpower and the patriotism of regular Americans is far stronger than any legal weapons the Deep State may have at its disposal. It will also send a message that we are well aware of a dark truth: If they can do this to a three-star general, they can – and will – do it to anyone. 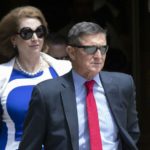