While the amoral life of Jeffrey Epstein has come to an end, the saga of his crimes and connections is far from over.

At best, Epstein was merely a figurehead for the vast global elite of which he was a member; the wealthiest, most powerful, and most famous names in the world, spanning such sectors as finance, politics, and filmmaking, among others. The real story was never about Epstein’s crimes – as horrific as they are – but about those whom may have been implicated as a part of his inner circle, and who else may have engaged with him in these atrocious acts.

Epstein first became involved in finance in 1976 when he joined the firm Bear Stearns. From there, he quickly rose up the Wall Street ranks to eventually found his own firm, J. Epstein & Company, in 1988. There he managed the assets of clients worth over $1 billion, making his own fortune and rising to a prominent status in his own right.

Epstein’s affiliations included Hollywood celebrities such as Kevin Spacey, Woody Allen, and Alec Baldwin, as well as members of the media elite such as Katie Couric, George Stephanopoulos, Charlie Rose, Mike Wallace, and Barbara Walters. His circle even included foreign leaders and celebrities such as Prince Andrew of the United Kingdom, and former Prime Minister Tony Blair.

And of course, he was very active in American politics for decades, particularly with Democrats; politicians in Epstein’s circle included former Governor of New Mexico Bill Richardson, former Senate Majority Leader George Mitchell of Maine, and former President Bill Clinton, all Democrats. Of these affiliations, the most serious allegations were leveled against Prince Andrew, Richardson, and Mitchell, all of whom have denied the claims.

And, as the media loves to point out as often as possible, Epstein had once been friends with President Trump back when he was still a businessman. As the President once said, he knew Epstein the same way “everybody in Palm Beach knew him,” further representing just how closely-connected the wealthy elite of this country truly is. But unlike the rest of the amoral elite, Trump took swift action in severing ties with Epstein after he attempted to molest an underage girl at Mar-a-Lago, with Trump immediately banning him from the club when he found out.

But by far Epstein’s most damning connection is with the former President, not the current President. He visited the Clinton White House at least 4 times, and attended several high-profile Democratic fundraisers. Bill Clinton flew on Epstein’s private jet, “The Lolita Express,” at least 26 times; according to flight logs, at least 5 of these trips were without the required Secret Service detail.

Although Clinton spokespeople denied any wrongdoing on any of these flights and insisted he had never been to Epstein’s infamous Little Saint James Island, one of the key accusers against Epstein, Virginia Roberts Giuffre, claimed that Clinton did in fact visit the island while she was present – and only 17 years old at the time.

Epstein’s connections don’t end there. Perhaps the most shocking aspect of all can be found in the resolution of the original charges against him and the eventual sentence in the mid- to late 2000s. After the mother of a 14-year-old Florida girl claimed that Epstein had tried to molest her daughter, investigations were started by both Florida and federal authorities.

Under the latter, then-United States Attorney for the Southern District of Florida Alexander Acosta eventually negotiated a deal with Epstein that involved pleading guilty to just one count of procuring prostitution from a girl under 18, so that he would serve a significantly reduced sentence; his original 18-month sentence in 2008 saw him serve only 13 months, before being allowed to serve under house arrest until 2010. Acosta later claimed that the reason for such a lenient plea deal and reduced sentence was that he had been told that Epstein “belonged to intelligence,” in a manner that was “above his pay grade,” and that he was to “leave it alone.” Whether this was in reference to a domestic intelligence agency or a foreign agency is still unconfirmed.

So what does all of this mean? Of course, there are still far too many questions and not enough answers, but the meaning lies in the potential that this story has. At the least, this could simply amount to nothing more than allegations, with Epstein as the one and only individual confirmed by his own actions to be guilty; but at the most, this has historic and potentially fatal implications for the global elite.

It is clear that the elite could not possibly be further removed from the rest of society – the “deplorables,” if you will – but the extent to which its members are willing to engage in such heinous crimes, and then manage to get away with them completely scot-free, represents a whole new level of arrogance in their assumption that they are truly above the law.

It also demonstrates that previous theories of the elite’s interconnectivity are not so far-fetched after all: This elite spans across multiple continents, many sectors, involves some of the richest and most powerful men and women alive today, and potentially involves multiple foreign government agencies. If Epstein’s list of affiliates is any indication, then when it comes to the elite, everyone truly does know everyone, the most exclusive club in the world.

The potential for justice in the Epstein ordeal is two-fold: There is a more concrete justice, handed down by the American judicial system in the form of new charges, new trials, and possible convictions against those who were involved. With Epstein’s mysterious death, that may be endangered, maybe not.

But the other form of retribution the elites may face has the potential to be just as powerful: The chance for the curtain to be pulled back, as the scales fall from the eyes of the regular people. Nothing could possibly be more frightening to the elite than the possibility that their charade is discovered, and the vast majority of the world’s population finally see them for what they are. It would be a widespread anti-elite sentiment among the public not seen since the French Revolution, and a fatal blow to their most vital method for keeping power: Perception.

Epstein’s death may very well be one of the most uniting moments for the entire country, if not the world. All across social media, from the far-right to the far-left, there was a nearly universal consensus that the nature of Epstein’s death is rotten to the core, and indicates something far more sinister at play than just one serial pedophile who decided to commit suicide.

But whether he was truly murdered or not, the facts are now out there for all to see: A lot of powerful people had a lot to lose by being named in this case, and if the dominos do begin to fall, it could spell disaster for the entire global elite. 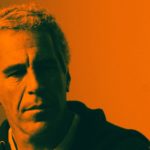 Who Jeffrey Epstein Knew, and Why it Really Matters