The race riots across America following the death of George Floyd have brought two previously little-known far-left groups into the spotlight. The first is the Anarcho-Communist domestic terrorist organization known as Antifa, and the second is the racial group Black Lives Matter (BLM).

Like Antifa, BLM is not very well-defined in terms of leadership or organizational structure, and is only a very recent actor in American politics and society. But even as most of the government’s focus is currently on taking down Antifa, we must also be aware of BLM, what its true goals are, and what it really means for America.

The first known use of the phrase “Black lives matter” was as a hashtag on social media on July 13, 2013, the day that George Zimmerman was found not guilty in the 2012 shooting death of Trayvon Martin. From the hashtag, the actual organized movement was founded by three black women: Alicia Garza, Patrisse Cullors, and Opal Tometi.

The movement rapidly expanded over the next several years, and rose to greater prominence with three more cases of black men killed by non-black police officers: Michael Brown and Eric Garner in 2014, and Freddie Gray in 2015. In all these cases, the movement alleged the incidents were representative of a broader problem of “systemic racism” or “police brutality” committed exclusively against African-Americans.

Like their comrades in Antifa (which ostensibly stands for “anti-fascist”), BLM hides behind its seemingly agreeable name. Whenever faced with criticism, adherents accuse critics of essentially disagreeing with the idea that “black lives matter,” thus rendering the movement immune to criticism.

With this shield, granted to them largely by an adoring mainstream media, the movement has pushed numerous radical ideas based on objectively false statements.

Their entire premise is built on a lie. BLM would have you believe that African-Americans are the most likely group to be killed by police on a regular basis, even though the most basic and readily-available statistics will debunk this instantly.

When narrowing down the criteria even further to BLM’s core narrative of “innocent” or “unarmed” black Americans killed by police, the numbers are even smaller. In 2019, there were only 10 instances of unarmed African-Americans killed by the police, and most of them involved individuals with criminal histories who had gotten into altercations with the officers prior to being shot.

But despite all the facts pointing to there being no “systemic racism” in America, BLM nevertheless seizes upon the very few and very rare examples of unjustified African-American deaths in police custody, such as Eric Garner and George Floyd, to paint a larger picture that simply isn’t there.

With this in mind, consider some of the most dangerous stances taken by BLM that you will never of in the mainstream media, platforms that BLM itself admits to taking.

On the “What We Believe” page of BLM’s official website, they explicitly declare their intentions to “disrupt the Western-prescribed nuclear family structure,” and instead want to turn society into an “extended family and ‘villages’ that collectively care for one another, especially our children.” In this statement alone, they affirm both their opposition to Western Civilization itself, and their goal of erasing the family structure that is the backbone of the West and of America.

BLM has also officially come out in support of the anti-Semitic “Boycott, Divest, and Sanction” (BDS) movement, falsely accusing Israel of being an “apartheid state.” Most recently, BLM has spearheaded new calls by the far-left to defund the police.

Dating back to its earliest years, BLM has been involved in numerous acts of violence across the country. The current riots taking place in many major cities were foreshadowed by the Ferguson riots after the death of Michael Brown, which flared up again after the officer who killed him was ultimately acquitted. Further riots took place in Baltimore following the death of Freddie Gray.

BLM has always relied on viciously anti-police rhetoric, most infamously represented by a BLM march in New York City where marchers chanted “What do we want? Dead cops! When do we want it? Now!”

This rhetoric has directly led to violence against police, with one of the earliest examples being the 2014 assassination of two NYPD officers, Rafael Ramos and Wenjian Liu. The shooting was carried out by Ismaaiyl Brinsley, a radical black activist who had ties to black supremacist groups such as the Nuwaubian Nation, who said he was acting out of revenge for the deaths of Garner and Brown.

The deadliest instance of BLM-inspired violence against police was the mass murder of five Dallas police officers on July 7, 2016, by Micah Xavier Johnson. Johnson had previously explicitly stated his intentions to murder white people, especially white police officers, as an act of revenge for alleged systemic racism against African-Americans.

BLM’s defenders in the mainstream media have tried to portray the movement as a largely peaceful initiative, claiming that such eruptions of violence are not reflective of the broader group. But when the movement is fundamentally against the existence of police and is built on a premise that is demonstrably a lie, then it is easy to see why Black Lives Matter has inspired multiple extremists. 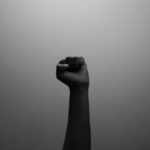 Who is Black Lives Matter?