To say that the horrifying events of 9/11 feels like a lifetime ago would be an accurate statement this year. After 18 years, we are entering a new era of remembrance, as virtually all high school students today were born after September 11th, 2001. It was only a few years ago that, for the first time, students were beginning to learn about September 11th as an historical event, rather than something that took place in their lifetimes.

But that does not mean that our efforts to faithfully remember those we lost, and to never forget what the events of that day truly mean, should be any less than they were in the days and months following those attacks. All it means is that we must strive to teach a whole new generation about what such a catastrophic event truly means, both for the world that existed before them and the world that they will inherit.

September the 11th, 2001, was one of the most widespread displays of American heroism in modern history. Just as the invasion of Normandy on D-Day proved America’s willingness to come to the aid of our friends abroad in a time of need, 9/11 proved how ready Americans are to help their fellow Americans in our country’s darkest hour.

Not only the emergency workers, from police and firefighters to medical personnel, but regular civilians actively worked to help the victims who were injured or trapped. From those who were helping victims escape as the towers burned and debris rained down across Lower Manhattan, to the passengers who fought the hijackers on Flight 93, heroism could be found all over America that day. In that hell on earth, many Americans emerged to help their fellow man.

It has been said that the worst moments in history can bring out the best in humanity. There is no doubt that September 11th was a prime example, and we must always remember to celebrate the good that was displayed on that day, so that in the battle for the soul of our civilization, the best of humanity triumphs over the worst of humanity.

But it is still important to remember why that horrific day happened in the first place. It happened because evil walks the earth, in human form. The most repulsive and hateful ideas known to man do live on in their cult of followers, who are willing to do anything they can to spread their evil ideology and suppress the innocent.

America is the shining city on a hill, and as such, draws the envy and rage of those far away who hate freedom and the glory of America. For that reason, Islamic terrorists saw no other way than to murder thousands of American citizens on American soil, in the hope of bringing our great nation to its knees.

But while evil did rear its ugly head in the worst possible way that day, the good news is that they would soon find how alone they truly were. When America resolved to fight back with everything it had, many nations around the world vowed to join in on the War on Terror. Al-Qaeda was instantly sent on the run, and many of its leaders were captured or killed. Even the latest attempts by Islamic terrorism to make a comeback, such as the Islamic State, have been crushed by the might of the American military.

Therefore, it is important to remember the evil at work here for the sole purpose of realizing that evil can be killed. No one said it would be an easy fight, or one without harsh consequences; but if we can destroy an evil that is planning to attack America,  then we must hunt it down and do so, wherever and with whomever it resides.

Through it all, from that day through the many years that have since passed, Americans have shown resolve. We showed resolve in the eventual rebuilding of the World Trade Center. We showed resolve in taking the fight right back to the terrorists, chasing them to the farthest corners of the earth and delivering justice, one way or another.

And the most important way we can continue to show resolve is in teaching the up-and-coming generations about 9/11. It will be significantly different, though not necessarily harder, to explain to them what it really means. Many of us remember where we were on that day. For the youngest of us who do remember, that day may very well be one of the earliest memories of our lifetimes.

But it truly was a universal sense that the world had come to a stop for several fateful hours. The unthinkable had happened, and for one day, we experienced both the best and the worst that man has to offer, we saw our country at both its weakest and its strongest, and we came together to do one thing above all else: Help one another.

Perhaps that is the single most important thing to be taken away from 9/11 above all else, and what we should teach to those who do not know what it was like on that day: That we, as Americans, and as humans, are capable of putting aside everything else in life that normally divides us, and can unite when the moment truly calls for it.

And that unity is what we should strive for as often as possible, because when Americans are united, there is nothing that we cannot achieve, no enemy we cannot vanquish. 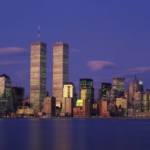 What We Must Remember, 18 Years Later