It is no secret that the Swamp of Washington D.C. runs deeper than anyone can imagine. From the massive apparatus of the Deep State, to the deeply-entrenched special interests of the Left, to the smear merchants of the Fake News Industrial Complex, the institutional power of the Left is the greatest obstacle we face today in trying to secure our freedoms and protect our Constitution. 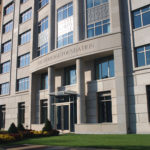