Biological warfare is an established weapon of war. From the disease-based experimentation on humans mounted by Japan’s Unit 731 during World War II to the Soviet Union’s development of natural diseases such as anthrax into weaponized pathogens in its illicit Biopreparat research facilities, this is not a topic reserved to Tom Clancy novels or “Mission Impossible” movies.

As a result, it is reasonable to ask whether COVID-19, which originated in China and has taken more than 167,350 lives globally to date, is a naturally occurring disease or a man-made (or modified) agent of attack.

This is an especially justified question given that the geographic locus for the new coronavirus that causes the disease is Wuhan, home to one of communist China’s institutes for virological research.

In these trying times, we must turn to the greatest document in the history of the world to promise freedom and opportunity to its citizens for guidance. Find out more now >>

Recent media reports indicate that the virus that causes the disease COVID-19 indeed may have been accidentally leaked. Indeed, much analysis points to the possibility of a connection between the Chinese government’s work on corona-type viruses and the novel coronavirus that has killed so many across the globe.

It is crucial for all Americans to understand the depths and extent of what Secretary of State Mike Pompeo has called Beijing’s “coronavirus disinformation campaign.”

To that end, here is the chronology of exactly what happened when, and how the communist regime in Beijing lied about it. (I am grateful to Pompeo’s team, especially the Bureau of Global Public Affairs, for compiling the original COVID-19 cover-up chronology.)

Timeline of the COVID-19 Outbreak

Nov. 17: The first case of someone in China suffering from COVID-19 is reported, according to government data seen by the South China Morning Post.

Dec. 10: Wei Guixian, a seafood merchant in Wuhan’s Huanan market, began to feel sick. She will be discharged from the hospital in January, having survived the coronavirus.

Dec. 27: Zhang Jixian, a doctor from Hubei Provincial Hospital of Integrated Chinese and Western Medicine, tells China’s health authorities that a new disease affecting some 180 patients was caused by a new coronavirus.

Jan. 9: The World Health Organization releases a statement on the cluster of pneumonia cases in Wuhan.

Jan. 11: Having provided the genomic sequence of the virus to national authorities Jan. 5 and seeing no action from them, professor Zhang Yongzhen of the Shanghai Public Health Clinical Centre publishes the data on virological.org and GenBank, allowing teams around the world to begin work on testing methods.

Jan. 14: The WHO announces for the first time that there may have been limited human-to-human transmission of the virus.

Jan. 18: Wuhan authorities go ahead with a “potluck” banquet for 40,000 families in an attempt to break a world record.

Jan. 20: Dr. Zhong Nanshan, a leading authority on respiratory health who was well known for his role in fighting SARS, confirms in a TV interview that the disease is spreading from person to person, a fact first identified by doctors in Wuhan in December. Zhong later will say that if the government had taken action earlier, in December or even early January, “the number of sick would have been greatly reduced.” Wuhan Mayor Zhou Xianwang says that rules imposed by the central government in Beijing limit what he could disclose about the threat posed by the Wuhan virus.

Jan. 23: Chinese authorities lock down Wuhan after allowing 5 million people to leave the city without screening amid the growing outbreak.

Feb. 7: Dr. Li Wenliang dies of COVID-19 after contracting it from a patient, five weeks after police detained him for trying to alert fellow doctors to the outbreak. His death triggers an outpouring of grief and anger at Chinese authorities.

Those are the crucial facts of what happened in China last year and at the beginning of this year.

Another, just as important chronology exists, though: the timeline of how China hid the truth, destroyed crucial biological and genetic evidence, and intimidated those who tried to tell the truth about the Wuhan virus.

Timeline of the Chinese Coronavirus Cover-Up

Dec. 26-30: The health commission in China’s Hubei province orders a genomics company to stop testing and to destroy all samples of the new coronavirus.

Jan. 1: Authorities bring in for questioning eight doctors in Wuhan who had warned about the new virus via social media in late December, including Li. They condemn the doctors for “making false statements on the internet.” Authorities also force Li to write a classic Maoist self-criticism denouncing his own prior statements.

Wuhan authorities close the city’s seafood market, then disinfect it without swabbing individual animals and cages for samples or drawing blood from infected workers, eliminating evidence of which animal might have been the source of the coronavirus and who had been infected but survived.

Jan. 12: Authorities close Zhang’s lab in Shanghai for “rectification” one day after sharing genomic sequence data with the world for the first time.

Jan. 14: Plainclothes police detain journalists who are trying to report from Wuhan’s Jinyintan Hospital, and force them to erase their video footage and hand in their cellphones and cameras.

Feb. 15: Authorities arrest lawyer and civil rights activist Xu Zhiyong, who has been on the run for nearly two months, after he publishes a Feb. 4 essay calling on Xi to step down for suppressing information about the Wuhan virus.

Feb. 16: Authorities place Tsinghua University professor Xu Zhangrun under house arrest, bar him from social media, and cut him off from the internet after he publishes an essay declaring: “The coronavirus epidemic has revealed the rotten core of Chinese governance.”

Feb. 19: Beijing revokes the press credentials of three Wall Street Journal reporters who had covered the coronavirus outbreak, including one who was reporting from Wuhan.

At the same time that the Chinese Communist Party and its security organs were suppressing the truth domestically and arresting those who knew the truth about the new coronavirus, its diplomats and bureaucrats initiated a global disinformation campaign.

Their most egregious lie was that COVID-19 originated in America and was brought to China by U.S. military personnel.

China hasn’t just lied about the virus that originated in Wuhan and may have escaped from its own virology lab. The communist regime also is using this global pandemic as a weapon of disinformation against the United States.

President Donald Trump is on the cusp of making the decision to reopen America. He has established a task force on restarting the economy, and key nongovernmental organizations, such as The Heritage Foundation, are submitting recommendations as to how we can revitalize and resurrect an economy that was the end of the world prior to our self-enforced lockdown.

The question now is will the deaths of tens of thousands of Americans, in large part as a result of the mendacity of communist China, be our new “Sputnik Moment?”

We have one strategic-level adversary in the world today. That adversary is China, and it has a plan to displace America and become, at the very least, a regional hegemon. China is using the coronavirus, man-made or not, as a tool in that plan.

We will come through this national emergency. But will we draw the right conclusions?

This article originally appeared in The Daily Signal on April 20th. Be sure to check out other great content and authors at the Heritage Foundation’s Daily Signal every day. 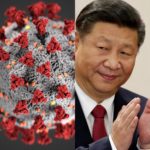 The Truth About China and the Coronavirus