Last week, a 28 year-old man who was deeply disturbed drove to two mosques in Christchurch, New Zealand and engaged in a heinous mass shooting of Muslim worshipers in those mosques. The death toll stands at 50. Unsurprisingly, reporters and Democratic Party pundits (often one and the same these days, unfortunately) engaged in a total, partisan melee directed against the American President Donald J. Trump. Never mind the fact that the attack occurred half a world away in New Zealand. For the Press, President Trump has to be the root cause of the attack. To “prove” their assumptions, they pointed to select sentences from the shooter’s 87-page manifesto that he emailed to the New Zealand prime minister five minutes before he went on his shooting rampage. The media tried to tie the President to the attacks because he has used terms such as, “invader,” when describing illegal immigrants in the United States–and that paralleled the New Zealand shooter’s description of Muslims who have emigrated to New Zealand over the last decade.

Of course, these comparisons were not only offensive, but they were inaccurate. In, the 87-page memo (which is available in PDF form online), the killer spends an inordinate amount of time belittling and undermining President Trump. He identifies himself as an “eco-fascist,” whatever that means. He lambasts President Donald Trump, making clear that the President’s policies are anathema to the shooter. In his manifesto, which amounts to a series of questions he asks himself and then responds to, the shooter answers the question of “Are you a Trump supporter” by saying:

“As a symbol of renewed white identity and common purpose? Sure. As a policy maker and leader? Dear god no.”

On top of being an “eco-fascist,” the shooter proclaims himself to be an “ethno-nationalist.” He qualifies this by stating,

“Ethnic autonomy for all peoples with a focus on the preservation of nature, and the natural order.”

In another part of his manifesto, the shooter states that his personal hero and political inspiration was Sir Oswald Mosley. Mosley was a British aristocrat who fought in the First World War, who became the youngest Conservative MP in Parliament. In the interwar years, however, Mosley’s politics devolved from conservative to fascist. He ultimately founded the British Union of Fascists. He married his second wife, Diana Mitford in 1936–at the home of Nazi propaganda minister Joseph Goebbels. During the Second World War, Mosley’s fascist party was disbanded and he was put in prison between 1940-43. After his release, Mosley lived in Paris and became a political gadfly, never having fully abandoned the fascist cause.

In addition to his support for the infamous British fascist leader, the shooter also proclaims the People’s Republic of China as “the nation with the closest political and social values to [his] own.”

Of course, not only is President Trump not a fascist, he is also likely one of the toughest American presidents the Chinese Communist Party has ever had to contend with. There is nothing in China’s political system that President Trump recognizes as worthy of emulation. In fact, he has spent his entire adult life warning of the dangers of “free” trade with Beijing; about how China manipulates and abuses American companies into granting them unfettered access to trade secrets that they then use to better compete–and eventually beat–their American counterparts.

Yet, the media persists in accusing President Trump’s rhetoric of triggering this man’s horrific actions half-a-world-away, in an entirely foreign country. The Fake News Industrial Complex, which is obsessed with accusing President Trump of being a fascist, was primed and ready to disseminate the next part of their false narrative: that the President’s “rhetoric” is responsible for the New Zealand shooter’s attack. The American Left argues that President Trump is responsible for increases in ethnically-charged attacks against Muslim-Americans. Although, these claims are totally undercut by facts–namely that, comparatively speaking, the United States is one of the safest countries in the world for Muslims to practice their faith.

Further, the attacker was fueled by a bizarre animus toward the United States. At one point in his manifesto, he posits the question, “Won’t your attack result in calls for the removal of gun rights in the United States?” To which, the madman responds, “Yes, that is the plan all along, you [Americans] said you would fight to protect your rights and the constitution, well soon will come the time.” Clearly, this individual wants to see the United States tear itself apart. Yet, President Donald Trump never once ran on a platform of division; he wanted to “Make America Great Again.” President Trump was the first Republican in years to actively campaign for the African-American vote. Since taking office, the President has made the economy deliver more prosperity to more Americans–including African-Americans and Hispanic-Americans–than at any other point in modern history.

President Trump was as much of an ideological target for the New Zealand shooter as were Muslims, Liberals, and capitalists (yes, he explicitly defined capitalists as a primary target of his ire). If anything, the media has done an effective job at furthering the shooter’s malicious goals of dividing the American people. In the immortal tweet of President Donald Trump: SAD! 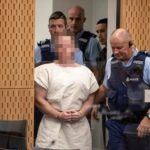 The True Political Beliefs of the New Zealand Shooter