There are many reasons why Inspector General Michael Horowitz’s report on the government’s abuse of the Foreign Intelligence Surveillance Act (FISA) process should terrify and anger all Americans.

Our friend and frequent guest on AMERICA First John Solomon has written an excellent comprehensive piece explaining the 17 worst discrepancies committed by James Comey’s FBI in its mishandling of the “Russian collusion” conspiracy theory, from multiple omissions of key information to the inclusion of blatant acts of wrongdoing that, in Horowitz’s mind, apparently do not warrant criminal charges.

Here we’ll break down the top five worst crimes committed by Comey’s FBI, whether by omission or otherwise, as highlighted by Solomon’s article and other sources.

The most important thing to remember is the one and only common thread between all of these “discrepancies.” From the list of 17 fatal flaws, to the dozens upon dozens of other instances further highlighted by the IG report, they all trend in one direction: Every single “mistake,” whether by omission or by outright lies, only benefited the Deep State and harmed the Trump campaign.

That should tell you all you need to know about how these were not simply “mistakes.” It is far too convenient for every single instance of wrongdoing to go in the same direction. That is not incompetence; that is criminal behavior and a nefarious abuse of power, which the Obama Administration apparently believed they could get away with. 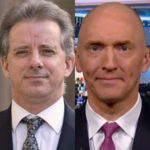 The Top 5 Worst Government Discrepancies Highlighted by the IG Report