With FakeNews dominating the “mainstream” media and running rampant on the Internet, it’s hard to find a reliable source of common sense and factual reporting to help us maintain our sanity and fight the lies. But rest assured, the Internet is a very large place, and there are quite a few truly remarkable outlets that can provide you with your daily dose of the truth, unapologetically and politically incorrect.

These outlets cover a wide array of topics, from politics and culture, to entertainment and history, all with a devotion to conservatism and our great nation.

Here are the Top 14 Best Conservative Outlets to follow, including some of the best writers from each. 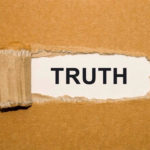