If you want clear proof of the Democrats’ collective insanity, look no further than their various stances and rhetoric regarding so-called “climate change.”

Even as the science remains far from settled regarding “global warming,” the Democratic Party has gone all in on its efforts to push for more government regulations and invasion of the American people’s private lives, in the name of their crusade for “green” energy. To celebrate this lunacy, CNN unbelievably held a 7-hour-long townhall on the subject, featuring 10 of the Democratic presidential candidates.

Here are the top ten most absurd and shocking statements from the event:

10. All candidates support bans on the practice of fracking, in some form or another. Because nothing says “progress” like eliminating one of the most effective means of harvesting fuel for the functions of everyday machinery, right?

9. All candidates want to rejoin the Paris Accord, even though this scam of a deal was proven to have little to no impact on actually combatting pollution, and would have instead left America with a massive bill while the real polluters like China get off scot-free.

8. Senator Kamala Harris suggesting that the government should regulate what Americans eat in their regular diets, claiming that we need to be “educated about the effects of our eating habits on our environment,” in addition to banning all plastic straws.

7. Robert Francis O’Rourke blamed the recent wave of wildfires in the Brazilian Amazon rainforest on not only climate change, but on President Trump’s tariffs on China. In Robert Francis’ mind, because Trump’s tariffs are dissuading China from selling soybeans to America, this has led to arsonists deliberately setting fire to the rainforests so that they can make room for soybean fields to sell to China. Because if there’s one thing Democrats love to blame everything on more than climate change, it’s Donald Trump.

6. Elizabeth Warren did not hold anything back either, openly saying that the government should not only regulate what Americans eat, such as hamburgers, but should also regulate what kinds of straws we drink through and what kind of light bulbs we use.

5. The frontrunner and alleged “moderate” Joe Biden showed how far to the Left he is truly willing to go, declaring that he does not think Alexandria Ocasio-Cortez’s Green New Scam goes far enough. This proves that even a former Vice President and longtime Senator will bend shamelessly to the will of a 29-year-old socialist barmaid on a whim, revealing how far gone the Democratic Party truly is.

4. Pete Buttigieg has never been shy about using religion or the Name of God to shame his political opponents, even though he rarely practices what he preaches. At this town hall, he actually claimed that God would consider greenhouse gasses to be sinning. The fact that this wasn’t even the craziest statement from the event should make us all shudder.

3. Going beyond the cliché of blaming everything on global warming, Biden even went so far as to claim that the biggest issues we face, including cancer and genocide, are due to the “climate crisis.” By that same logic, the climate could also be blamed for the bursting of a blood vessel in Biden’s eye while he was onstage.

2. Bernie Sanders also made it clear just how far to the Left he is on two of the Democrats’ favorite issues: Global warming and abortion. He went out of his way to prove his leftist bona fides on the latter, but in an effort to tie the two together, ending up making one of the most chillingly genocidal statements imaginable. He declared that abortions should be easily accessible for “poor countries” in order to combat overpopulation, which he believes is contributing to the “climate crisis.” Even for a Socialist, that statement is repellent, and straight out of Margaret Sanger’s eugenics playbook.

1. Elizabeth Warren has tried to tout herself as a populist who cares about the working-class. Beyond the fact that it’s not possible for a Socialist to truly care about the middle- and working-class given how they are crushed by their totalitarian policies in practice, Warren proved as clearly as possible how little she cares about American workers. When asked about how her policies would negatively impact the families of oil workers who would lose their jobs, she coldly and heartlessly said “that’s not the only job” available. Implying that a skilled worker who has spent years, and even decades, in one occupation should just throw away their job and pick up another skill-set on the whim of a faux Native American and Socialist is every bit as elitist and dismissive as Hillary Clinton’s “Basket of Deplorables” comment.

And that should be the ultimate takeaway from this disastrous episode from the Democrats’ struggle bus: Their policies have only one goal, and that goal is to seize power at all costs. They couldn’t care less how many Americans they harm or displace, and the worst part is that they will admit it to your face. 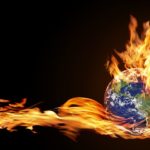