While the utter trainwreck that was Robert Mueller’s Congressional testimony is still driving the media circus, there was one very crucial moment that almost everybody missed. In addition to that key moment, here are four other major highlights from the Mueller hearings.

5. Half of the Mueller Report Relied Almost Entirely on Mainstream Media Reporting: During a line of questioning from Representative Debbie Lasko of Arizona, Congresswoman Lasko asked Mueller if he knew how many times Volume 2 of the report cited, individually, the Washington Post, the New York Times, and Fox News, Mueller said he could not answer any of them. She then proceeded to list the count: Washington Post was cited over 60 times, the New York Times was cited over 70 times, and Fox News was cited merely 25 times.

In a very blunt summary, Congresswomen Lasko remarked that Volume 2 consists of “mostly regurgitated press stories,” rather than evidence that would be exclusive to the Special Counsel’s investigation.

4. Mueller Showed Clear Bias in Who He Charged, and Who he Didn’t: In perhaps the most fiery moment of the Judiciary Committee hearing, MAGA patriot Jim Jordan of Ohio tore into Mueller for a clear double-standard when it came to the Special Counsel’s reckless charges of the “crime” of lying to investigators.

While this purely procedural “crime” saw charges against Trump associates such as Rick Gates, Paul Manafort, and George Papadopoulos, there was one individual who blatantly lied to Mueller’s team at least three times, yet was never charged: Joseph Mifsud, the obscure Maltese “professor” who first lied to Papadopoulos about Russians supposedly having “dirt” on Hillary Clinton. With that initial lie, Mifsud was the very first catalyst for the entirety of the “Russia” conspiracy theory.

Yet even though Mifsud’s lies were documented in Mueller’s report – Volume 1, Pages 192 and 193 – Mifsud was never charged with a crime the same way the aforementioned Trump campaign officials were. Mueller gave another one of his non-answers in response, repeatedly saying that he simply “can’t get into that.”

Chances are that his refusal to answer Jordan’s questions was because he knew it would expose his own bias and hypocrisy…even though his non-answers already did that for him.

3. Mueller Claimed He Had Never Heard of Fusion GPS: When questioned by Representative Steve Chabot of Ohio, the issue of the notorious Fusion GPS was finally brought up, specifically for the fact that it was never brought up. Congressman Chabot pointed out that there was only one lone instance of Fusion GPS being mentioned in the entire report, and even then it was not explicitly named: On Page 103 of Volume 2, the report simply references “the firm that produced the Steele reporting.” Not once is either Fusion GPS or its founder, Glenn Simpson, mentioned by name.

When pressed on this by Congressman Chabot, Mueller simply replied that he was not familiar with the firm’s involvement. When Chabot fired off multiple questions about Fusion’s connections with the DNC, its work for the Clinton campaign, and its hiring of several Russian clients, Mueller repeatedly gave the response that it was “outside my purview.” As Representative Matt Gaetz subsequently pointed out in his line of questioning, the notion that Fusion GPS is outside Mueller’s “purview” is absurd, since Fusion GPS was working directly with Russian nationals to influence the 2016 election, and hired former MI6 intelligence agent to provide the so-called dossier of opposition research used to obtain the illegitimate FISA warrant to spy on the Trump campaign. Thus, essentially, Mueller was claiming that investigating actual Russian interference was both his primary purpose and outside his purview at the same time.

This is unquestionably a lie.

2. Mueller Clearly Did Not Write His Own Report: Mueller’s unfamiliarity with the contents of the “Mueller Report” was on full display during the House Judiciary Committee, and was exposed through several different lines of questioning. First, when Representative Louie Gohmert asked the very simple question of who wrote Mueller’s speech for his brief press conference on May 29th, Mueller responded with: “I’m not gonna get into that.” Gohmert rightfully took this to essentially imply that Mueller clearly did not write his own speech.

But by far the most damning moment came when Mueller was questioned by the ranking Republican, Doug Collins of Georgia. Representative Collins asked Mueller if “conspiracy” and “collusion” were essentially synonymous terms, since there is no clear legal definition of the latter; Mueller, under oath, said that they are not synonymous. However, these two terms were described as fundamentally synonymous in the Mueller Report; citing Page 180 of Volume 1 of the report, Collins asked Mueller if he was now contradicting his own findings. Knowing that he would be guilty of perjury if he backtracked, Mueller confirmed his original sworn statement that they are not synonymous.

While technically avoiding an actual crime, Mueller did manage to thoroughly shred his own credibility by directly contradicting his own report. This can only mean that either he is totally senile, or (the more likely scenario) he did not write the final report.

1. The Moment of Perjury that Everyone Missed: Even though there were plenty of more animated moments from Republicans such as Jim Jordan and Matt Gaetz, perhaps the single most substantive moment came from the line of questioning by Congressman Andy Biggs of Arizona.

After initially asking (and failing to get a clear answer) when Mueller personally came to the conclusion that President Trump was not guilty of collusion, Representative Biggs then asked Mueller about his handful of conversations with Jeff Sessions, Rod Rosenstein, and President Trump in the lead-up to the appointment of the Special Counsel. Biggs specifically asked about a phone call between Mueller and Rosenstein that took place on May 10, 2017, at approximately 7:45 A.M., during which the prospect of a Special Counsel appointment was discussed (but not necessarily that Mueller himself would be leading it).

A stuttering Mueller responded: “I don’t have any knowledge of that occurring.” When Representative Biggs asked whether he had no knowledge, or if he did not recall, Mueller affirmed that he had no knowledge of that conversation ever taking place. A noticeably stunned Biggs briefly chuckled before declaring that “there’s evidence that suggests that phone call took place and that’s what was said,” before immediately moving on to the next question.

If there is one moment at which Robert Mueller most likely committed perjury, the offense of lying under oath before Congress, punishable by a felony, this was it. Only time will tell if Congressional Republicans or Department of Justice officials follow up on this potential crime. 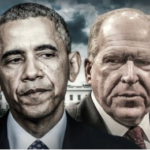 The Mueller Perjury Everyone Missed