Jussie Smollett, the one-time bit player on the hit FOX television series, “Empire,” recently accused two MAGA hat-wearing individuals of perpetrating a hate crime against him while Smollett was out near Chicago’s Navy Pier in the early hours of the morning. From the start, little about his story made sense. First, Chicago is one of the most Liberal cities in America; home to the Obamas, the city is run by Obama’s first White House chief of staff, Rahm Emmanuel. The idea that any Trump supporters would call Chicago “home” and be out, late at night, hunting down minorities is an absurdity in itself. Second, Smollett claimed that his attackers were white and that they poured bleach on him after hitting him and tied a noose around his neck, in a mock lynching. Then, when questioned by the Chicago Police Department, Smollett began wavering on the details of his story. He said that CCTV footage from the area would corroborate his claims.

Yet, the CCTV cameras could not be used to confirm or negate Smollett’s accusations, since they were not positioned properly. Next, Smollett claimed that he was on his cell phone speaking with his agent when the attack occurred. But, when asked by CPD, neither Smollett nor his agent would hand over their cell phones to prove their claims.

Things began to get stranger still, when it was discovered that Smollett’s assailants were not white Trump supporters as he had claimed. Instead, they were Nigerian-born American citizens who were friends with the actor. In fact, the police quickly realized that Smollett had commissioned his two friends to “attack” him, and that Smollett had written them a $3,000 check for their services. The whole thing was a put-up job by a politically partisan and desperate actor. Meanwhile, the Fake News Industrial Complex, still reeling from the fallout over their execrable coverage of the Covington High School students in Washington, D.C., were more than happy to accept Smollett’s politically convenient, racially-charged narrative. Anything to refocus attention away from their failures as “news” organizations and to distract the American people by exacerbating precarious racial and political divisions.

Smollett maintained that he had been assaulted in a Trump-induced hate crime. But, since then, the Chicago Police Department have arrested and charged Smollett with making a fake crime report to the police. While Smollett had been clamoring for greater notoriety in his small film and television career, after his fake hate crime became impossible to cover up, Smollett was fired from “Empire,” and it is likely that, at least for the time being, his media career is over. This is especially true as the City of Chicago seeks to make an example out of Smollett for attempting to detonate the proverbial powder keg that is race relations in Chicago.

But, Jussie Smollett is not the first person to fabricate a story of intolerance from the Right. Dozens of stories have proliferated throughout the Fake News Industrial Complex of the alleged hatefulness of President Donald Trump, his supporters, and Republicans in general. In almost every case, the claims have been proven to be false. What’s more, in many other cases, it is the Right, not the Left, that was the true victims of the politically-charged hate crimes (such as the Covington kids were). In most of those cases, the “mainstream” media was quick to attack the Right-wing victims for simply having the temerity to express support for the Right, or for being conservative.

The hateful hoaxes that the American Left has spent the last three years concocting about President Trump and conservatives everywhere have become so pernicious that even the “Never Trump” Don Lemon of CNN took note recently. Lemon had John McWhorter, a professor of linguistics, at Columbia University, on his show to discuss the shocking trend of what McWhorter calls “victimhood-chic” on the Left. According to McWhorter, people in today’s society find that they are more interesting; that they are more compelling, if they are the victims of some grave, manufactured injustice. There have been dozens of Fake Hate Crimes over the last three years meant to not only impugn conservatives, but also to elevate the accusers and give greater power to the Left in its endless campaign against the Republican Party.

There is nothing comparable on the American Right. Despite having been proven repeatedly as fabrications, the Fake Hate Crime Machine, along with the Fake News Industrial Complex, continues churning out unsubstantiated claims of hate crimes. This is an exclusive domain of the ideological Left, and it will continue dividing the country politically, in the Left’s quest to return to political power again. It is up to every person on the Right to take to their social media account; to use their smartphones, to document Fake Hate Crimes. Not only are these pernicious smears damaging to the conservatives, but the are also a threat to Americans everywhere, because such claims negatively increase the radicalization of America’s political life in general. 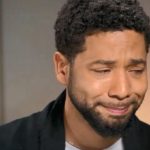