It should come as no surprise that the FakeNews Industrial Complex has already pounced on the latest mass shooting for political purposes. Already there has been a flurry of cries from pundits and presidential candidates alike insisting that this shooting was somehow caused by President Trump and his rhetoric, and that this is allegedly further proof that our President is stoking racial division.

But once again, the media is ignoring an inconvenient little thing called the Truth.

A so-called “manifesto,” which investigators say they are “reasonably confident” was written by the shooter,  is already available online. While the normal course of action would be to completely shun this garbage to avoid giving him attention, his words must be analyzed for the explicit purpose of debunking this fake narrative that this shooting is somehow a Republican problem, or caused by President Trump, or otherwise to be blamed exclusively on the Right.

Of course, the manifesto bleeds with outright racist language as he describes a “Hispanic invasion of Texas,” and a “cultural and ethnic replacement brought on by an invasion.” However, within the text, the shooter makes several comments that reveal his true political identity.

First, the shooter expresses his disdain for both major parties; he decries the Democrats’ open-borders policies while also declaring that “the Republican Party is also terrible,” since the GOP, he says, is “pro-corporation,” and “pro-corporation = pro-immigration.”

The section of his manifesto entitled “Economic Reasons” is by far the most shocking part, in terms of directly contradicting the media spin that this shooter was somehow far-right. He explicitly expresses his support for “a basic universal income,” which he says is the only thing that can “prevent widespread poverty and civil unrest.” He then goes on to support “ambitious social projects like universal healthcare.” Later, he claims that the American lifestyle “is destroying the environment of our country,” and that “the decimation of the environment is creating a massive burden for future generations.”

So clearly this killer supports some of the most openly socialist policies in American political discourse today, including universal income, socialized medicine, and a belief in “global warming.” Yet, according to the media, he is somehow just another “far-right” shooter who has been motivated by President Trump.

Most interestingly, the shooter does mention President Trump…but not in the way the Democrats would hope. Towards the end of his “manifesto,” this Leftist murderer m admits that his “ideology has not changed for several years,” and that his “opinions on automation, immigration, and the rest predate Trump and his campaign for president.”

In the most direct refutation of the inevitable media spin, he even admits that “I’m putting this here because some people will blame the President or certain presidential candidates for the attack. This is not the case. I know that the media will probably call me a white supremacist anyway and blame Trump’s rhetoric.” In a macabre self-fulfilling prophecy, he then states “The media is infamous for fake news. Their reaction to this attack will likely just confirm that.”

Despite this preemptive refutation, the media and the Democrats have gone ahead and run with the usual narrative anyway. With Robert Francis O’Rourke openly calling the President a “racist,” and accusing him of “stoking racism in this country,” and Pete Buttigieg declaring that “the President of the United States is condoning white nationalism,” and Socialist Bernie Sanders falsely claiming that there is a “growing culture of bigotry espoused by Trump and his allies,” the Democrats are deliberately lying about where such violence actually comes from. And, of course, multiple Democrats have once again issued calls for more gun control measures.

This is yet another case of the media playing directly into the shooter’s hands, and giving him exactly what he wanted. Just as the shooter in Christchurch, New Zealand named Candace Owens in his manifesto for the sole purpose of inciting her critics into attacking her, so too with this effort to tie the El Paso shooter to President Trump, an equally disingenuous and amoral distortion of the truth for political gain.

The New York Times even deliberately misattributed some of his words to certain causes. As the article says, “The manifesto that may be linked to [him] described an imminent attack and railed against immigrants, saying, ‘if we can get rid of enough people, then our way of life can be more sustainable.'” However, that particular line about “getting rid of enough people” was not in reference to immigration; it was in reference to global warming, as he wrote right before that sentence that “the next logical step is to decrease the number of people in America using resources.”

As with any mass shooting, the appropriate response should always be thoughts and prayers to the victims, the wounded, and their families. The next response should be to give the shooter the exact opposite of what they really want, which is exposure. As Robert Barnes said on Twitter, the shooter most likely did not really want to spread a political message, so much as he wanted to “use the pretext of a political message to make himself infamous.” Thus, the best thing to do is avoid using his name, and simply see him fade away into obscurity after he faces the appropriate punishment for his horrific crimes. Hopefully execution.

Again, the only reason that we even need to actually read  the killer’s “manifesto” in the first place is to confirm the truth about why he did what he did, and to dispel the utter fiction that the media began spinning almost instantly after the shooting took place. Their determination to promote a one-sided narrative, which runs directly contrary to the truth and the facts, is playing into his hands and fulfilling his sick predictions. That is the Truth, and the Truth is what matters above all else. 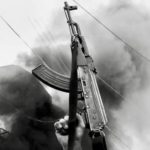 The El Paso Shooter Admits he is a Progressive Leftist