The American people have long enjoyed shared traditions–things like going to a movie, reading stories of princesses and princes to their young children to inspire their imagination, and watching the Super Bowl every year. There was a time when partisan politics stopped at the water’s edge, when Americans could disagree and still live their lives. Those days are gone. For decades, the radical American Left–a tiny, but vocal and well-organized group of extremists–have focused their time and energy on taking the united out of the United States. They have attempted to restrain and change our language, so as to stymie debate and to fundamentally change the way we think about important things. After all, as George Orwell warned, if you control the language you can control thought.

Everything that the Left has sought to accomplish, such as mainstreaming gay marriage or transsexualism, were things once considered anathema by most Americans. While many have empathy for the small minority of people who are either gay or transsexual, the fact was that few in either political party deemed it wise to rewrite the basic structure of our society to allow radical notions to drive policy. But, a ceaseless assault on the language–coupled with a never-ending media blitz meant to reinforce the Left’s preferred policies–has slowly changed the way Americans view these issues.

For gay marriage, the Left stopped any serious argument over whether it would be a net benefit for society or not. Instead, they made everyone focus on the unrelated notion that “consenting adults” should be free “to love whoever they want.” That was not the issue. It never was. But, the emotional language and the forceful repetition of the narrative was enough to drown out all but the most extreme opposition to the concept of “gay marriage.”

Meanwhile, P.C. language was used to blunt opposition to normalizing transsexual behavior. In the 1970s, the American Psychiatric Association formally recognized transsexualism as a psychiatric disorder called “Gender Dysmorphia.” After years of incessant lobbying by the American left, after engaging in a sustained campaign to both change the language of the debate and to silence any critics of this policy, an alternative lifestyle has now become a new “normal.” Because of this new policy forced upon the American public, a tiny fraction of people who may be in need of psychiatric assistance are often given taxpayer-funded sex change surgery–and anyone who dares questions this program is referred to as “transphobic,” and systematically destroyed politically.

Something similar occurred with the abortion debate in the United States.

Once considered a grave evil by most Americans, after the decade of radical politics of the 1960s, abortion became an acceptable form of contraception, codified into law with the 1973 Roe v. Wade Supreme Court decision. Since then, over 60 million unborn children have been murdered in the womb. When reading the arguments for abortion (even the term itself is sterile), it is rare to hear pro-abortion advocates talk about human fetuses as anything other than a lifeless cluster of cells that is no different from a cancerous tumor, to be removed through surgical methods.

By forcing Americans to accept the term “abortion” rather than “infanticide” or “murder,” and by giving the barbaric practice the veneer of medical legitimacy through sterile language, the public no longer viewed children being killed as children. The Left’s coopting of the language fundamentally altered the public’s perception of the act and made the inured to the horrors that were being committed in their name.

These issues are representative of the sustained assault visited upon the United States by the radical Left. They have helped to divide and fragment the citizens of this country. Not content to divide Americans over issues of reproductive and identity politics–things that determine interpersonal relationships and community-building–the Left has now striven to stymie whatever joy Americans may feel from shared cultural experiences.

Over the weekend, Americans witnessed the most boring Super Bowl in the history of the NFL. To compound matters for most Americans, the commercials were a constant assault against the values that most American hold dear. The commercials repeated the incessant chant heard in the media on the need for women’s rights; they advocated for an embrace of inefficient “green” energy, and they perpetuated a narrative that America is racist. Rather than joy, most Americans watching the Super Bowl experienced a morose, Leftist morality play in which American traditions and values were deemed to be wrong or patriarchal.

The Left even came out to decry Mary Poppins–the classic film about a nanny who teaches unruly children the values of respect, love, and creativity–for being racist. You see, in one scene of the film, Mary Poppins goes through a chimney and is covered in soot. She walks about part of the film with soot plastered across her face. The Left now claims that was a subliminal racist image; that Poppins was, in fact, wearing blackface. The pall of racism now hangs over an innocent film which countless Americans have watched as part of a traditional, wholesome upbringing.

And, the Left spent much effort last year castigating parents who let their daughters watch Disney princess films (or allow them to read classic tales about princes and princesses). The Left believed that these classic stories perpetuated “gender imbalances” that favor boys and other forms of “inequality.” So now, parents are made to feel guilt and shame for trying to raise their children with the same basic values and traditions that they were brought up with.

Thus, these shared experiences are now considered politically incorrect. They must be altered to better comport with the radical whims of the Left and to cater to the most extreme individuals with a deranged worldview. The Leftists have broken apart the common bonds which once defined our society; they have interfered in natural human relations by wrongly changing the language to fundamentally alter perceptions, so that they can override our Western Culture and replace it with something inimical to the values of most Americans–and certainly the values of our Founding Fathers.

They must be resisted at all costs before the Left irreparably destroys our culture. 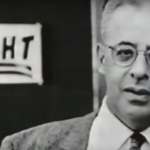 The Democrats are Taking the “United” Out of the United States