The two year-long special counsel investigation into claims of “collusion” (which is not, in fact, a criminal term) between the Trump Campaign during the 2016 Presidential Election and Russian intelligence continues to drag on. After two years, the investigation has yielded no proof that there was, in fact, a conspiracy between the Trump Campaign and Russian intelligence to steal the election in 2016 away from Hillary Clinton–despite the fact that Mueller has unprecedented investigatory powers to discover the truth.

What has been “discovered” are things that most people who work in politics already knew: the one-time, temporary Trump campaign manager, Paul Manafort, had a shady history and likely engaged in financial crimes throughout his decades working as an international political consultant prior to working on the Trump Campaign. Another “discovery” that Roger Stone, Manafort’s one-time business partner and a consultant for President Trump at the start of his campaign, was a gonzo media figure who enjoyed stirring controversy. Still another headline was the fact that young, ambitious, foreign policy “aide” in the early days of the Trump Campaign, George Papadopulous, got himself caught up in a Monty Python-like scheme by the combined intelligence services of Britain and Australia to make Donald Trump look unpalatable to the American voters (since they favored Hillary Clinton).

The best summary of what happened with the Russian investigation is from Dan Bongino and can be seen here:

The young and naïve Papadopoulos was foolish enough to take the bait and get himself thrown in prison for a measly 14 days!

The running absurdity that was the Russia collusion delusion was allowed to continue on, as though there was some big piece of evidence about to be revealed. For his part, President Donald J. Trump allowed the investigation to begin, insisting that he was innocent the entire time. How many guilty men would sign a document allowing for the creation of the Robert Mueller special investigation? Think about it.

Certainly, the “mainstream” media has been a great help to the Mueller investigation. They’ve served as the unofficial mouthpiece for the investigation, consistently leaking unfair and biased details about the investigation, all in an effort to effectively flush out those they want to destroy. Since the investigation–or, rather, the witch hunt as the President calls it–numerous Trump aides have had their reputation destroyed and the finances crippled.

For what? To defend Hillary Clinton’s honor (or lack thereof)?

The recent Paul Manafort indictment memo, written by the Mueller investigation, shows how weak their case is. Mueller, a seasoned prosecutor, chose to release the memo on a late Friday afternoon, when few in Washington (or the country) pay attention to the news. He likely did this for a simple reason: despite the memo being 800 pages long, only 25 pages are worth reading. And, of those 25 pages, they prove only that Manafort was a White-Collar criminal. All of his crimes were perpetrated long before he ever joined the Trump Campaign and most of them would have sent anyone else to a minimum security prison. But, given that Paul Manafort was nominally associated with President Trump, he had to be destroyed.

The longer the Mueller investigation has gone on, the more obvious it has become that there is nothing more to the charges being raised against the President. This is not only a witch-hunt, but this is a grotesque abuse of power based on accusation. One can expect more leaked disclosures from the Mueller team, all of whom fully understand that they’ve been doggedly pursuing the President because of personal and political animus, not because he broke the law–and certainly not because he was a Russian agent of influence. Further, this investigation proves but one thing: how radical and corrupt the Democratic was as well as their allies in the Fake News Industrial Complex and the “Deep State” bureaucracy. 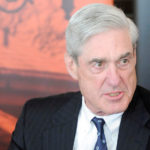