The politically-charged special counsel investigation, led by former FBI director, Robert S. Mueller, III, may be coming to a close soon. Reports have circulated that the special counsel has been shedding his legal staff members, which usually indicates that the investigation is nearing its inevitable end. Thus far, the $35 million taxpayer-funded Democratic Party witch-hunt into whether or not Donald Trump’s 2016 presidential campaign “colluded” to “steal” the election from Hillary Clinton has discovered that Russian spies like to spy.

What evidence did the intelligence community have to rely on to initiate such investigations?

According to the New York Times, the FBI launched a counterintelligence investigation based on the “dossier” compiled by former British MI6 operative, Christopher Steele. The details of this dossier were never fully vetted by the intelligence community and were accepted at face-value by most of the leaders of the Obama-era intelligence community. The Steele dossier asserted that Russian intelligence had compromising materials on Donald Trump that were of an embarrassing sexual nature. It concluded that the Russians were using this compromising material–kompromat—to blackmail Trump into being an agent of influence.

Yet, never once did the U.S. intelligence services independently verify these claims. And, for the record, the memo was commissioned by Trump’s Republican primary opponents in 2016. It was then disseminated to the office of virulent “Never-Trumper,” the now-deceased Senator John McCain (R-AZ), who, in turn, passed the dossier onto the James Comey-led FBI. In effect, the dossier was the poisoned source from which so many investigators used to justify investigating Donald J. Trump.

For his part, Christopher Steele had become a noted anti-Trump zealot–even offering to come on and work directly for the FBI after the Republican primary ended in a Trump victory. Steele’s British nationality should not be overlooked, either. An international thread has run throughout the murky Russian collusion-delusion “investigation” since its inception. Not only was former MI6 operative, Steele, involved, but, so too was an Australian diplomat, Alexander Downer.

It was Downer who, while assigned to the Australian embassy in the United Kingdom, met with the inexperienced Trump Campaign aide, George Papadopoulos at a famous wine bar. Downer presented himself as an expert in international energy–specifically in trade related to Cypress and Israel. According to Downer, he had sought out Papadopoulos, whose expertise had been in the energy sector as well.

In reality, it appears as though the meeting was anything but a simple meet-and-greet. Shortly after this meeting, Downer submitted a cable back to his superiors in Australia. Once submitted, a Five Eyes investigation was initiated. The term “Five Eyes” is a reference to the combined intelligence services of the United States, the United Kingdom, Australia, Canada, and New Zealand. During the Cold War, the Five Eyes came together to share intelligence and form a united front to battle global Communism. After the Cold War ended, these intelligence services continued accruing massive surveillance power in their respective countries, in order to ostensibly fight against terrorism. Although, there have been some serious abuses. Many today fear that the entire Russian collusion delusion is nothing more than a giant, politically-charged abuse of the immense powers that the Five Eyes possess.

It has been claimed that the young Trump aide gloated to Downer that there were some damning emails about Hillary Clinton that the Russians had pilfered from the Democratic National Committee’s computer servers, and that Russian intelligence was waiting to publicly disclose them until the disclosure could best benefit Trump’s campaign. It’s important to note, however, that neither Papadopoulos nor Downer admit that Hillary Clinton’s emails ever came up in their alcohol-laden conversation at the Kensington Wine Room.

Despite the public denials by both Downer and Papadopoulos, the claim that a Trump aide in London was bragging to an Australian diplomat that Russian-hacked DNC emails were about to be made public found its way into an official diplomatic cable. At the time that this cable was floating around the Five Eye countries, there were parallel investigations being undertaken by the American intelligence community into potential Russian hacking of the DNC’s computer servers. Once the Australians got wind of that investigation, they gave Washington their information on Papadopoulos, and another part of the witch-hunt began.

Young Papadopoulos ultimately plead guilty to having lied about details regarding his meetings with individual suspected of being connected with Russian intelligence. Although, the evidence was paper-thin. It was so weak that the ambitious young man served a measly 14 days in federal prison for his “crime” of treason. During the investigation, the Australian diplomat, Alexander Downer, was never once contacted by Robert Mueller or anyone on his team. Nor does anyone care that, as the Australian Minister of Foreign Affairs (from 1996-2007), Downer gave millions of dollars to the Clinton Foundation.

If the claims against Trump are to be taken seriously, then why isn’t the investigation pursuing all leads, as opposed to only the ones that are profitable to “Never Trumpers”?

Fact is, that Donald Trump’s “America First” rhetoric frightened many of America’s allies. It was assumed that, if elected, he would effectively take America out of the world system and isolate the country, cutting America’s allies off and emboldening their rivals. Further, thanks to the Clinton family’s assiduous wealth-and-power creation mechanism, known as the Clinton Global Initiative, Hillary’s bid for the presidency was backstopped by many powerful interests, both domestic and foreign. The notion that elements of America’s oldest allies, such as those in Britain and Australia, would so willingly partake in an attempt to block Trump’s rise to power is merely another sign of the pervasiveness of the Clinton’s reach.

Many on the Right have wondered why Trump has not yet declassified the documents which purportedly justified the Russian collusion delusion witch-hunt against him (and his campaign advisers). The answer is likely because the revelations contained within those files would be so damning to foreign intelligence sources, such as those of the Five Eyes (especially Britain’s Government Communications Headquarters agency) that the alliance may never recover. And, as threats permeate globally–from nuclear-armed Iran to rising China–it is likely that the White House has larger strategic concerns to consider. 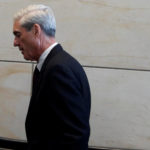