Yesterday, we were incredibly honored to have Secretary of State and former CIA Director Mike Pompeo join AMERICA First, in his first appearance on the newest national radio show. Over the course of a single segment, Secretary Pompeo fully laid out the significance and broader meaning of the Trump Administration’s America First approach to foreign policy, which has proven an enormous success during the President’s first two-and-a-half years in office.

From entirely new channels of diplomacy with such nations as North Korea, to increased action against rogue states like Iran, there is truly no limit to what President Trump’s approach to international relations can achieve. And it goes without saying that such a realistic and proactive worldview is a welcome change from the non-leadership of the previous eight years.

SECRETARY POMPEO:  Sebastian, great to be with you today.

SECRETARY POMPEO:  Thanks for having me on.

GORKA:  We could discuss so many things.  You had an amazing initiative this week with regards to unalienable rights.  I want to talk about that.  But for a moment, just for our listeners coast to coast, can you take into the truly historic event where you were with the President the first time that an American president since 1953 stepped across the DMZ?  What was it like, Mike Pompeo, to be there for that historic moment?

SECRETARY POMPEO:  Sebastian, it was really something.  It was remarkable because we have an important mission with the North Korean Government.  We want to reduce risk to the world, to the United States, by denuclearizing North Korea.  And for the President to have that chance to spend what ended up amounting to a significant amount of time with the North Korean leaders, and for me to spend time with my counterpart and to talk about our shared objective there, that is the end-state we were looking for and how we might get there and how we might make life better for every North Korean, was truly something to watch, to watch him step into North Korea after all this time.

SECRETARY POMPEO:  — this will be a truly historic accomplishment.  And President Trump has set the conditions for this diplomacy to continue.

GORKA:  Well, look, this is where it gets technical, it gets difficult, but I can think of no better point person for the President to bring peace to the Korean Peninsula.  I remember well, if I can divulge with our listeners, a very, very early lunch we had in the Trump administration, you and I in the Navy mess of the White House, where you convinced me that you understand who the President is, you understand what “America first” means, and you understand what American leadership can bring to the world.

In that optic, explain to our listeners what unalienable rights are, and what your new initiative is, and how it fits into America’s revitalized role in the world, Secretary Pompeo.

SECRETARY POMPEO:  Sebastian, we came into office – this president – after eight years of America having truly abandoned any sense that it was strong and sovereign, and understood that America’s people were the first client for every secretary of state, for every president, and how that fit into our efforts around the world.  And so that rethinking, that new leadership on the world stage, has multiple components, one of which is to make sure that we understand those things that are intrinsic to great nations.

And so my – the commission that I’ve established goes back to our founders, where they talked about – not only did they talk about it in our Declaration of Independence, right – we talk about life, liberty, and the pursuit of happiness, but our founders wrote about these things in the Federalist Papers, and they knew – they knew that these core rights that are earned by every human being by the nature of them – their humanness, that very centered view of these set of rights was under assault.  It was under assault because some wanted to reduce those rights and in other dimensions expand them and create a whole set of rights that risked diminishing these most fundamental ideas that have been at the very core of who America has been now for over two centuries.

And I’m very excited the commission will go do its work.  It will ground it in our founding principles, and we will have a document that I think the State Department and every American can stare at and say this is consistent with American history, it’s what we want to do going forward, and we can build up on that to ensure that America’s sovereignty, our role in the world, is always foremost among American leaders’ way of thinking about America’s place in the world.

GORKA:  Well, this is so crucial because it harkens back directly to the founding of the republic.  There’s a reason that the Founding Fathers used the phrase made in the image of our Creator, and that’s where the unalienable rights come from.  This is part and parcel of what the President convinced me when I was his strategist – this isn’t about intervention; it’s about right and wrong.  We’re not invading other people’s countries, but we will stand up for principles and help those who share those principles with us.

Let’s take things right to the cutting edge of the breaking news.  Secretary Pompeo, the 70th Secretary of State of our great nation, would you share with our listeners here on America First on the Salem Radio Network, what are the stakes right now in the Straits of Hormuz recent incident with a British tanker, with a British frigate?  What is involved, and why does it matter to America and to regional as well as global security that the mullahs in Iran are taking actions that are destabilizing that region?

SECRETARY POMPEO:  Sebastian, I appreciate that question.  President Trump came in with enormous moral clarity with respect to the Islamic Republic of Iran.  He understood very clearly that the agreement that had been reached by President Obama and Secretary Kerry was failing America.  It presented the risk that Iran would have the capacity to get to a nuclear weapon in too short a time, and so we set about developing a strategy that would fit into the broader efforts in the Middle East to create stability there.

Iran has seen this, and you see them now acting out in the ways that you just described.  And so we are now building out a global coalition to ensure that those who want to simply do what every nation should be permitted to do, to transit through international waterways unimpeded, we’re building out a global coalition to deliver that outcome.  And we’ve had great receptivity.  It will take us a while to get it built, but I am confident that this will be a good thing for America, it will be a good thing for the world, and we will deliver this in a way that gets not just America but many, many countries, countries who depend far more than the United States does for transit through the Straits of Hormuz, to be able to continue to move their goods and travel freely through those waterways.

GORKA:  He is the former director of the CIA, representative from the Kansas 4th District, and our Secretary of State in the Trump administration.  In the last minute and a half we have with you, Secretary Pompeo, share with our listeners how serious a threat China poses on the long term to America.  Iran can be dealt with.  We’ve dealt with ISIS in terms of the caliphate.  But I learned in the White House that China is our longest-term challenge.  If you will, share with us why that is correct.

SECRETARY POMPEO:  Sebastian, it’s tough to do in just a minute, but it is absolutely the case that China is a nation that has a set of values that are so deeply at odds with the American way that we think about the world.  You see it in President Trump’s efforts on trade.  You see it in our efforts in the South China Sea.  It’s a country that has emerged in a way that is not good for global trade, not good for freedom and the very values that the United States sets.

Our mission set in the State Department today is to execute the President’s vision, which is that if China is prepared to compete on a fair and reciprocal and transparent basis, that is perfectly reasonable.  We hold no grudge against that.  But if they’re going to do so in ways that are inconsistent with those fundamental freedoms, then the United States is going to respond in a way that is appropriate to try and deliver on that outcome on behalf of the American people.

GORKA:  Wow, and you did it in a minute.  (Laughter.)  This man is a professional, and that’s why he is the Secretary of State.  We will be posting the information on his Unalienable Rights Commission at sebgorka.com along with this interview.  God bless you, Mike Pompeo.  We are so excited as Americans to have you where you are today. 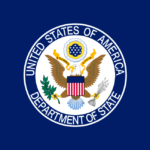