One of the only things more satisfying than seeing President Trump win is watching his critics frantically try to dismiss any of his victories, knowing full well that no amount of spin can change reality or how Americans see it.

As if the roaring economy and his rising approval ratings weren’t enough of an indication, the failed media response to President Trump’s successful use of tariffs on Mexico is further proof that his opponents truly have nothing left to use against him.

President Trump’s tactic worked flawlessly, taking only one week to see Mexico cave and agree to stronger enforcement of immigration laws along both the U.S.-Mexico border as well as its own southern border. After the media heavily touted the decline in the stock market due to the initial tariff threats, they have gone radio silent on the market’s subsequent rise upon the announcement of the successful immigration deal.

Even in the face of one of the most comprehensive immigration agreements yet between the two countries, the Fake News Industrial Complex still cannot bring itself to acknowledge that this was, quite simply, a success for the President and America. Some have even gone so far as to absurdly call the week-long standoff “a crisis.” The only “crisis” was for the Mexican government finally realizing that the free ride is over, and that they can no longer allow unfettered masses of immigrants to pass through their territory without dire consequences.

But just as with the economy at large, or the President’s masterful speeches commemorating D-Day, everyday Americans are seeing right through the curtain of media spin. President Trump’s successful efforts are not going unnoticed by the people who matter the most, and that is what drives the media crazy most of all.

All the hysteria over President Trump’s latest tariff threat to Mexico proved wrong Friday, as the two sides reached a deal that gave Trump what he’d demanded: much more vigorous cooperation in stopping illegal Central American migrants from travelling 1,200-plus miles across Mexico to sneak into the United States.

It may not stop the surge that’s crossed the 100,000-a-month line, overwhelming the Border Patrol as well as the various social-service agencies that have to handle these immigrants. But it’s sure a huge step.

With the Democrats who control the House refusing to OK emergency funds to deal with this humanitarian crisis, the president took a brilliant step outside the box when he publicly upped the pressure on Mexican President Andrés Manuel López Obrador to finally start doing his part.

Yes, AMLO’s people had been negotiating with Team Trump on these issues for months, and it may even be the case, as The New York Times reports, that Mexican officials had tentatively signed off on much of the new plan. So what?

Recall as Beijing’s recent retreat from promises its negotiators had in US-China trade talks shows: Apparent concessions just don’t mean much until you reach a complete agreement.

And Washington needed that agreement now: The shortage of funds is forcing major cuts in services, canceling recreation and education programs for unaccompanied minor children being detained.

Plus, having the Border Patrol swamped by “refugees” is a huge windfall for drug smugglers — which is a big reason why the big narco rings helped foster this surge in the first place.

The left loves to paint this crisis as entirely Trump’s fault, regularly calling the migrants “asylum seekers” as if the president’s simply trying to keep helpless refugees from finding safety. But the fact is that now, as in the Obama years, the overwhelming share of asylum claims don’t pan out — but now migrants know it’s a way to exploit US law so they can stay here anyway. If simple safety were the goal, there’s 1,200 miles of Mexico you could stop in.

Note that other “tranverse” countries have been making cynical use of similar migrants. Turkish tyrant Tayyip Recep Erdogan triggered the 2015 crisis in Europe by suddenly opening the doors for migrants from across the Middle East to cross to the East — until the powers of the European Union bribed him into flipping the switch back the other way.

Trump opted for threats instead of bribery. Good for him — and too bad he can’t impose tariffs on Congress. 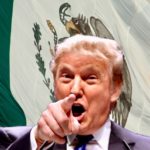