The entire FAKE NEWS Industrial Complex is aghast at the Trump Administration’s recent decision to remove the United States from the Intermediate Range Nuclear Force (INF) Treaty signed between former Soviet Premier Mikhail Gorbachev and former American President Ronald Reagan in 1987. The arms control agreement was signed between the two Cold War rivals in an attempt to ratchet down tensions. By removing the medium-sized, non-strategic (or “tactical”) nuclear weapons arsenals from both sides, the hope of both Reagan and Gorbachev was that the treaty would make the prospects of a nuclear conflict between the two world Superpowers at that time negligible.

The treaty was a success–in 1987. Yes, it helped to lower tensions. In fact, it may have even contributed to the ultimate victory of the United States over the Soviet Union in the Cold War. Although, in the aftermath of the Cold War (despite claims to the contrary), the world kept turning and historical patterns of competition and aggression continued. China, which was not a signatory to the INF Treaty began growing into a highly competitive global power. In time, becoming so powerful that they were viewed as a peer rival to the United States. And, one area that the Chinese have significant advantages over the United States is in their intermediate-range ballistic missiles.

Recently, the Chinese demonstrated what they call the “Guam Killer” missile. Such a weapon should be banned by the INF. But, since the Chinese were not signatories to the 1987 treaty (and never expressed any interest in signing on to that treaty), American forces throughout the Indo-Pacific region are now threatened by a weapon that they have little defense against, let alone the ability to retaliate with an in-kind attack.

Meanwhile, the Russian Federation, which is still technically beholden to the INF Treaty, never truly respected the INF after the end of the Cold War. In the intervening decades since the treaty was signed, the Russians maintained a massive number of non-strategic, intermediate-range missiles. Once the Putin war machine mobilized and eventually invaded Ukraine, cleaving away the Crimean Peninsula, the Russians stationed a large number of their tactical nuclear weapons into the Russian-controlled Kaliningrad region of Eastern Europe. It was the first time since the end of the Cold War that nuclear weapons were moved into Europe.

Russian military doctrine has long held that the Russians could conceivably prevail in a limited nuclear war with the United States, if the Russian military struck NATO first with tactical nuclear weapons. The reason that the Russians moved these forces into the Kaliningrad was to signal Putin’s willingness to use such weapons against whatever NATO forces may be deployed to defend his next targets in Europe. Despite these moves, the United States did little to revise or abrogate the INF Treaty until the rise of Donald Trump and his MAGA agenda to the White House.

Today, as tensions between the United States and China in the Indo-Pacific, and the Russian Federation and the United States in places like Ukraine, Syria, and Venezuela reach new heights, both Beijing and Moscow have assessed that Washington has key strategic vulnerabilities they could exploit in a crisis. America’s lack of IRBM capabilities has not, Obama mistakenly believed, reduced either the threat of nuclear war in general or, more specifically, the threat posed by them to American forces in-theater. Rather, by lacking an IRBM capability, the Russians and Chinese feel emboldened to threaten us with such devastating weapons.

In October 2018, when President Trump initially announced his interest in abrogating the treaty, he said:

The President was correct. Neither Russia nor China are interested in respecting this Cold War-era agreement. Why should the United States? How will allowing a key vulnerability in our defense to stand, just to placate the malicious whims of American rivals, such as Russia and China, put America First? It does not. Only by building up a similar capability to that which the Chinese and Russians both possess can the United States truly defend itself. President Trump’s decision did not weaken the United States or imperil the world. It makes it possible for us to effectively protect ourselves again. 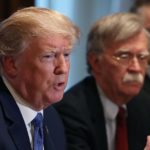