One of the Left’s absolute favorite lines of attack against President Trump is the outrageous and baseless accusation that he is a “neo-Nazi.” From deranged CNN commentators to the apparently senile former Vice President, this is a lie that just will not die no matter how often it is debunked.

And debunked it has been again and again. For all the mindless cries of “Nazi,” the Left seems to forget one key ingredient that makes for an actual Nazi: Anti-Semitism. An ingredient found absolutely nowhere in the presidency and the life of Donald J. Trump.

As has been said many times before, President Trump’s only daughter Ivanka converted to Judaism after marrying Jared Kushner. The President’s Jewish son-in-law is one of his top advisors. His grandchildren from Jared and Ivanka are Jewish. And as President, Donald Trump has been the most pro-Israel U.S. President in modern history. After previous presidents had broken the promise to Israel for 23 years, it was President Trump who finally kept our promise, recognized Jerusalem as the capital of Israel, and moved our embassy there. He has continued to assert Israeli sovereignty with regards to other matters as well, such as recognizing Israel’s rightful sovereignty in the Golan Heights.

This could not possibly stand in starker contrast to the anti-Semitism spewed by the new mascots of the Democratic Party. Whether Ilhan Omar and Rashida Tlaib are accusing Israel of not being a real democracy, offensively referring to the region as “Palestine” rather than Israel, or even going so far as to call Israel “evil,” their hatred for the Jewish people and the Jewish state knows no bounds. And remember, they claim to be from the party that preaches “tolerance.”

The Left can deflect and demonize all they want, but the facts are incontrovertible: Institutional anti-Semitism in America today comes from the Left, not from the Right, and the ilk of Omar and Tlaib, not President Trump.

RealClearPolitics: Wayne Allyn Root: Trump The Greatest President For Israel, Jews “Love Him Like He Is The King Of Israel”

Newsmax TV host Wayne Allyn Root, a supporter of President Trump, said the president is the greatest president for Jews and Israel “in the history of the world.” Root said Trump is so beloved he is like “the King of Israel” and treated as the second coming of God.

“In America, American Jews don’t like him,” he continued. “They don’t even know what they’re doing or saying anymore. It makes no sense. But that’s okay. He keeps doing what he’s doing. He’s good for all of us. Good for Jews, good for blacks, good for gays.”

“He is good for everyone in America who wants a job,” Root finished.

Trump tweeted Root’s comments, thanking him in a series of tweets Wednesday morning. 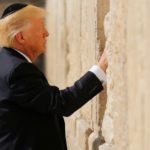 Our Take: Who the REAL Anti-Semites Are