One of the most glaring problems with the mainstream media today is that most so-called “journalists” really aren’t. They’re activists with a clear left-wing political bias who are bent on projecting their opinions at the cost of real, honest reporting, which subsequently distorts the flow of information and taints the news cycle with partisanship.

A step further from pouting propaganda and perpetual preaching is when such activists-turned-journalists try to use their positions to actively target their opponents for intimidation, harassment, or deplatforming altogether. We’ve already seen such cases of widespread doxing of conservatives, and even a black Trump supporter; but the latest comes from that cesspool of far-left trash known as Vox.

Specifically, one Carlos Maza, a gay Latino who previously worked for the far-left organization Media Matters. Apparently, Maza doesn’t like it very much when someone points out that he is, a biased activist, and not a journalist, and tries to actively shut down those who state the obvious. He has since been waging a self-righteous and petty crusade against Steven Crowder, the popular YouTuber and BlazeTV host. When Maza expressed outrage and threatened more action against YouTube when the video-hosting site initially refused to ban Crowder, the tech giant caved and instead demonetized all of Crowder’s videos, more than a thousand of them.

But the social media giant didn’t stop there. According to Crowder, YouTube is now updating its Terms of Service to affect other kinds of content that may be considered “offensive,” and is now retroactively punishing other channels for “violations” after the fact. In what Crowder calls the “#VoxAdpocalypse,” he says that “thousands” of other channels are now under review and face total demonetization.

This stands as yet another example of the Left’s destructive behavior, especially from the bully pulpit of alleged “journalism.” When they are angry at one particular person, they will try to burn down the entire village in which the person lives, collateral damage be damned.

The Blaze: YouTube makes a stunning decision against Steven Crowder after saying he did not violate its terms

After admitting on Tuesday that conservative comedian Steven Crowder had not violated their community standards, YouTube announced Wednesday it would strip his videos of monetization, which keeps him from earning income from ads on his content.

The stunning decision was announced on the company’s social media account.

“Update on our continued review–we have suspended this channel’s monetization,” YouTube tweeted.

“We came to this decision because a pattern of egregious actions has harmed the broader community and is against our YouTube Partner Program policies,” the online video company added.

This is in contradiction to its previous statement that said Crowder’s comments were “hurtful” but did not violate its policies.

“As an open platform, it’s crucial for us to allow everyone–from creators to journalists to late-night TV hosts–to express their opinions w/in the scope of our policies,” read the previous statement from YouTube. “Opinions can be deeply offensive, but if they don’t violate our policies, they’ll remain on our site.”

The online video platform had been under pressure by a campaign organized by Vox writer Carlos Maza demanding Crowder, a BlazeTV host and a popular YouTube creator, be punished for what he saw as “homophobic” attacks.

Maza responded angrily to the announcement and demanded more action be taken against Crowder.

“Basically all political content gets ‘demonetized.’ Crowder’s revenue stream isn’t from YouTube ads,” Maza added. “It’s from selling merch and ‘Socialism Is For F*gs’ shirts to millions of loyal customers, that @YouTube continues to drive to his channel. For free.”

YouTube clarified that Crowder could retain monetization of his videos as long as he simply deleted a link to T-shirts with objectionable messages.

“To clarify, in order to reinstate monetization on this channel, he will need to remove the link to his T-shirts,” the online video platform explained.

“Oh my f**king g*d,” said Maza in response to the clarification.

“Again, this channel is demonetized due to continued egregious actions that have harmed the broader community,” the tweet read.

“To be reinstated, he will need to address all of the issues with his channel,” they concluded. 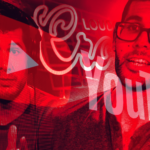 Our Take: When Activists Become “Journalists”