That is what the Democrats are trying to do right now to President Trump. The fact that Pelosi has refused to call for an official vote on impeachment in the House only further proves that this is not a real impeachment proceeding, because Pelosi is still terrified of actually going through with what an impeachment actually entails.

The Federalist: Everything You Need To Know About Democrats’ Demands For Impeachment

The impeachment story begins in the heart of the Washington swamp. House Democrat Adam Schiff and his intelligence committee staff cooked up a carefully crafted “whistleblower” complaint with an anonymous CIA bureaucrat. In a gossipy document full of inaccuracies, the anonymous CIA guy alleged that, during a call with Ukraine’s newly elected President Volodymyr Zelensky, President Trump threatened military aid to Ukraine unless its government investigated Joe Biden.

Why was Trump talking to Zelensky about Biden? Starting in 2014, Biden’s son Hunter made about $50,000 a month acting as a director for a Ukrainian gas company, Burisma. Hunter locked in this huge salary, not to mention work directed to his law firm, despite being recently kicked out of the military for using cocaine and having no energy industry experience. At the time, Joe Biden was a key Obama administration emissary in dealing with Ukraine.

Later, in 2016, Biden bragged about getting the prosecutor fired who happened to be investigating the Ukrainian, Burisma-owning oligarch, by threatening to withhold billions of dollars in American loan guarantees. Democrats claim the prosecutor was corrupt and that Joe Biden’s actions had nothing to do with Hunter Biden’s business activities. You be the judge of that.

Right away, in response to the CIA guy’s claims, the White House released the transcript of the call with Ukraine’s president, which revealed no such threatening occurred. In fact, the Ukrainians did not know that aid was on hold at the time of the call. Although the media had alleged there’s something nefarious about Rudy Giuliani contacting the Ukrainian president’s lawyer, it turns out the State Department asked Giuliani to do this, and it was Ukraine’s president who brought up Giuliani on the call, not Trump.

The only “favor” Trump asked for on the call was for Ukraine to aid the Justice Department’s investigation into 2016 election interference. Here, Trump brought up the missing Democratic National Committee server the FBI never examined — the basis upon which the Hillary Clinton campaign claimed Russia was trying to help Trump get elected. Trump said he wanted Zelensky to assist Attorney General William Barr’s investigation into how the Clinton-fueled Russia narrative was allowed to infect the federal bureaucracy.

Trump told Zelensky he was concerned that the “same people” in Ukraine who had helped fuel the Russia investigation were still in power. The Ukrainian president, who ran for office on fixing Ukraine’s endemic corruption, promised all “investigations will be done openly and candidly.” This pleased Trump, who then mentioned the Ukrainian prosecutor who Biden got fired, saying he was concerned that a “good” prosecutor was “shut down.” “It sounds horrible to me,” said Trump. That’s it.

Two asides: On the call, Trump asked Ukraine’s new president about 2016 election interference because many of Democrats’ wild claims during the Russia investigation came from Ukraine. In fact, Democrats had explicitly threatened Ukraine aid in order to get Ukraine to provide dirt on Trump, which, oddly enough, is the exact same thing they’re accusing Trump of doing.

The other aside is that viewing military aid to Ukraine as some sort of sacred cow is ridiculous. Ukraine presents deep corruption concerns, but also geopolitical concern. Ukraine is such a large weapons producer that it arguably doesn’t need U.S. weapons aid, and the United States risks being sucked into a conflict with nuclear-armed Russia over the issue.

No Turning Back from Impeachment Now

That’s why people like CNN’s Jake Tapper have openly taken to repeating Democrat talking points. For example, a common talking point is that Joe Biden couldn’t have considered Hunter Biden’s business interests because “the Burisma investigation was dormant.”

First off, the fact that an investigation into a shady oligarch, Ihor Kolomoyskyi, was ever opened by the prosecutor Biden got canned is fishy enough. This oligarch is no saint. For example, Kolomoyskyi has allegedly used private military forces for “hostile takeovers” of rival business interests. Second, the media’s line just isn’t true. At the time Joe Biden forced the prosecutor’s firing in March 2016, there were two inquiries open into Kolomoyskyi involving taxes and corruption.

Then things got even more spooky. It turned out the CIA official in question didn’t even have access to Trump’s call, but only heard about it through second-hand sources. But the rules require that a whistleblower has firsthand knowledge.

To circumvent this, the “intelligence community” inspector general — who’s actually supposed to keep the CIA in check and was created to stop CIA abuses — changed the rules at the last second so Democrats’ “whistleblower document” could go forward. Of course, the media tried to blatantly lie about the fact that the CIA’s inspector general had changed the whistleblower rules at the last second.

Why Democrats Are Doing This

The Democrats’ case for impeachment is hopeless, but their motivation is simple. They whipped up their base into such a delusional frenzy during the “Russia investigation,” they have to keep the narrative going at all costs. House Speaker Nancy Pelosi faces a rebellion from her caucus if she doesn’t go along with it.

Clearly, this is going to blow up in Democrats’ faces. In fact, the best thing that can happen for Trump is for Democrats in the House to vote to impeach. Then Trump can talk about Democrats obsessing over impeachment, instead of a new trade deal with Mexico and Canada (which would help farmers and factory workers), bipartisan drug pricing reform, or infrastructure.

The White House is and should be very confident, then. Trump’s approval rating is already up since this impeachment frenzy began. Democrats and the media probably just handed Trump a second term.

The other possible motivation is more complex. During the “Russia investigation,” many in the intelligence agencies worked to subvert Trump’s foreign policy and remove Trump, through spying, a large series of leaks, and articles planted with friendly outlets. Trump’s campaign was even spied on before the election, via something called the “two-hop rule,” once a secret court granted a warrant to spy on Trump campaign officials such as Carter Page.

Because of this, the White House moved to cut off the broader “intelligence community” — inexorably tied to America’s foreign policy establishment that Trump ran against — from information the White House knew many in the intelligence agencies would use to selectively leak.

In other words, the real big takeaway here is that we have a problem with our Washington bureaucracy, including our intelligence agencies, which have routinely crossed the line into policymaking. How much of the impeachment mess is due to CIA bureaucrats being incensed that Trump, who is elected, would dare to question military aid to Ukraine, and would dare to curtail their eavesdropping on diplomacy?

The unelected Washington bureaucracy that has been created in the last 60 years, especially the intelligence agencies, is too unaccountable and too powerful. And many in this bureaucracy, though they think themselves saints, have the worst of intentions.

Democratic Senate Minority Leader Chuck Schumer said, without batting an eye, that Trump shouldn’t challenge these intelligence agencies because they have “six ways from Sunday of getting back at you.” That spells great danger to the republic, no matter who is president.

These agencies should not be treated like sacred cows. If they misbehave too often, they should be shelved. And the CIA has a long history of abuses. Of course, many people in the intelligence agencies are good people who care about our country’s safety. But too few checks and balances make holding officials accountable too difficult.

That’s why Trump should run in 2020 on making it easier to fire federal government employees, and he should propose measures to increase accountability and transparency. Our founders set up a system of checks and balances, wherein no part of the government was unaccountable to another part, or ultimately to the voters. This was based on a timeless truth: Unaccountable and unelected power would always be abused, even by those with the best of intentions. 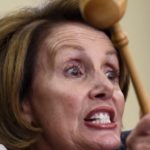 Our Take: This is Not a Real Impeachment