The entirety of the Kavanaugh saga is a valuable lesson about the evils of the modern Left, from how far they will go, to how persistent they will be in their efforts to use lies to tear down their opposition.

But perhaps the most painful consequence – and the most necessary one – is an introspective look at our own side and our response to the use of such tactics in the wake of the initial false allegations and the new, equally-false smears by the failing New York Times. And that lesson is, quite simply, our failure to react as we should have.

Yes, Kavanaugh was confirmed. And yes, the GOP made gains in the Senate in 2018 following his confirmation. But that was not enough. There should have been swift punishment for all involved in propagating the lies against Justice Kavanaugh, from Democrats in the Senate to his accusers, from Blasey Ford and Deborah Ramirez to Julie Swetnick and Michael Avenatti.

But we never took the requisite steps. That is exactly why the same radical forces know they can get away with an even more egregious lie about Justice Kavanaugh one year later: Because they know they will not face any consequences.

Only when our side finally reaches that point when we are unafraid to be just as unforgiving of their actions as they are of ours, will we finally stand a chance at truly winning the battles that matter the most in the long run.We must push back on their lies, show the media up for the morally bankrupt institutions they have become, ridicule and persistently lambast Alinsky’s new acolytes.

American Greatness: In the Land of No Consequence, Bad Behavior Festers

Another day, another whopper by the news media and their handlers in the Democratic Party.

Shortly after the New York Times published a “bombshell” article over the weekend that described more graphic, decades-old sexual misconduct allegations against Supreme Court Justice Brett Kavanaugh, the paper was forced to post a significant correction to its original story.

“An earlier version of this article, which was adapted from a forthcoming book, did not include one element of the book’s account regarding an assertion by a Yale classmate that friends of Brett Kavanaugh pushed his penis into the hand of a female student at a drunken dorm party,” the editors wrote. “The book reports that the female student declined to be interviewed and friends say that she does not recall the incident. That information has been added to the article.” The book, due for release this week, is authored by two Times reporters.

The correction was prompted not by the Times’ own fact-checking but after Mollie Hemingway, a senior editor at The Federalist and co-author of a book detailing the Kavanaugh debacle, identified the blatant error on Twitter early Sunday morning. (The Times has refused to review Hemingway’s book, which was released in July.)

But by the time “America’s newspaper of record” sheepishly admitted its (intentional) error, the damage had been done. Democratic lawmakers and presidential candidates called for Kavanaugh’s impeachment while celebrities and columnists wailed about the patriarchy, white privilege and, of course, the Bad Orange Man. Willfully ignorant zombies on the Left continue to regurgitate the falsehood.

The timing of the Times’ latest fraud is notable for its coincidence: Three years ago and one year ago this month, Democrats, with full complicity from the media, unleashed two of the most divisive and fabricated campaigns against Trump World: The Trump-Russia collusion hoax and the Kavanaugh rape charges.

In September 2016, Yahoo News posted its infamous article authored by Michael Isikoff that suggested Trump campaign aide Carter Page was a Kremlin tool—the piece was sourced by dossier author Christopher Steele and cited as evidence in the FISA warrant against Page—publicly fueling the nascent Russian collusion storyline. And in September 2018, the Washington Post identified Christine Blasey Ford as the woman accusing Kavanaugh of decades-old sexual assault.

But despite the widespread misconduct, malfeasance, and irreversible political, professional, and personal damage connected to both travesties, not one person—lawmaker, staffer, reporter, or witness—has been held accountable for their actions. The perpetrators, thus far, have suffered no consequences.

To the contrary, mouthpieces for both scandals are cashing in by selling books that rewrite history, or worse, fabricate more charges intended to inflict additional harm. (A former Comey aide and current CNN contributor also will release a book this week that whitewashes his former boss’s leading role in the Russian collusion hoax.)

No Evidence? No Problem

FBI agents accepted gifts and other perks from friendly news reporters in exchange for unauthorized leaks of nonpublic information. Several officials and sources, including Steele, lied to federal investigators, committing both perjury and obstruction of justice. Lawmakers such as Representative Adam Schiff (D-Calif.) misled Congress and the American public about evidence of Russian collusion for years.

Numerous witnesses, including Blasey Ford, made false statements to Congress and attempted to obstruct justice in a concerted ploy to delay a public hearing and permit time for more unfounded allegations to surface. (Recall how Blasey Ford’s celebrity legal team claimed she was afraid to fly despite social media posts boasting about her international travel.)

After the Kavanaugh confirmation vote, the Senate Judiciary Committee, then led by Senator Charles Grassley (R-Iowa), issued a lengthy report detailing the fiasco. The report concluded that “investigators found no verifiable evidence that supported Dr. Ford’s allegations against Justice Kavanaugh. The witnesses that Dr. Ford identified as individuals who could corroborate her allegations failed to do so, and in fact, contradicted her.”

Deborah Ramirez, a subject of the Times’ reporters’ new book and another alleged Kavanaugh victim, repeatedly refused to cooperate with the committee’s probe after she was featured in a lengthy New Yorker expose making more unfounded claims against Kavanaugh. “Committee investigators found no verifiable evidence to support Ramirez’s allegations,” the report stated.

In other words, these women made up false accusations against an innocent man and presented those phony claims to the United State Senate and to the FBI, which is a federal crime.

Grassley did refer two perpetrators in the Kavanaugh travesty, attorney Michael Avenatti and accuser Julie Swetnick, to the Justice Department: “I ask that the FBI investigate whether Mr. Avenatti criminally conspired with Ms. Swetnick to make materially false statements to the Committee and obstruct the Committee’s investigation,” Grassley wrote in October 2018.

Neither of them has been charged. Christine Blasey Ford now is heralded as a feminist hero and raked in GoFundMe contributions while Ramirez is enjoying yet another turn in the public spotlight.

Further, the journalists, columnists, cable news hosts and editors who perpetuated both scams at great cost to the country as a whole remain employed and unchastened. (Keep in mind that Fusion GPS paid “media companies [and] journalists” to report their political propaganda. A list of names remains under seal.) It’s hard to argue that conduct doesn’t meet the legal threshold of conspiring to defraud the United States.

Threats made by the president, Grassley, Senate Judiciary Committee Chairman Lindsey Graham (R-S.C.) and other Republican leaders to hold the perpetrators accountable are unfulfilled. As I wrote last November, Republicans, with few exceptions, are as responsible as Democrats for mismanaging the Russian collusion matter from the beginning.

Where is the declassification of key documents, including texts and emails between key collaborators, we’ve been promised? Where are the Senate hearings to compel public testimony from the wrongdoers in these scandals?

Where is an indictment or investigation into the people who have been referred to the Justice Department, including Steele, Avenatti, and Swetnick, by Senate Republicans? Where are the charges against former Obama officials who illegally leaked classified information to reporters more than two years ago? Where is the public hearing about the Justice Department inspector general’s reports on both the Clinton email investigation and Comey’s mishandling of his own memos? Where are the ethics charges against Schiff, Senator Dianne Feinstein (D.-Calif.), and Senator Cory Booker (D.-N.J.)?

We are reassured constantly that Inspector General Michael Horowitz, Attorney General William Barr and U.S. Attorney John Durham have all of this under control. But much like the costly delay in the Kavanaugh-Ford hearing, further delays foster more bad behavior, encourage more phony claims of wrongdoing against innocent people, and postpones the comeuppance that the American public is impatiently waiting to see.

The old adage that justice delayed is justice denied painfully applies here. Brett Kavanaugh and his family found this out—again—the very hard way. It’s time for Republicans, including and especially the president, to stop this injustice today. Trump tweeted several times over the weekend and on Monday about the latest smear on Kavanaugh, suggesting that “the Justice Department should come to [Kavanaugh’s] rescue.”

Last I checked, Trump is in charge of the Justice Department. Bill Barr, a lifelong Republican, runs the department. Republican Senator Mitch McConnell controls the Senate and Graham chairs the judiciary committee. What’s the point of having political power if you can’t protect your own people from egregious attacks or punish those who break the law to do so?

This isn’t a harmless game or an opportunity for pointless Twitter banter from the president. It’s time to follow through on empty threats and promises and stop this dangerous cycle. At this point, Republicans have no one to blame but themselves. 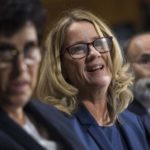 Our Take: There Must be Repercussions for the Kavanaugh Smears