This last week has certainly been a rollercoaster for Jeffrey Younger, the father of the twin boys James and Jude Younger, the former of whom is facing medical and mental abuse by his deranged mother, Anne Georgulas.

After a jury on Monday voted to give Georgulas sole custody of James and free reign to abuse him in accordance with her transgender ideology, the widespread outcry on social media from patriots like you had an impact, and the judge in the case ruled that Jeffrey can have a say in any of Georgulas’ future attempts to put the boy through “gender transition.”

Where will the James Younger case go from here? And will justice be done, or will evil prevail? Call in to AMERICA First and give us your thoughts: 833-334-6752.

In a closely watched Dallas, Texas, child custody case, Judge Kim Cooks put aside the disappointing jury’s verdict of Monday against the father and ruled Thursday that Jeffrey Younger now has equal joint conservatorship with the mother, Dr. Anne Georgulas, of their twin boys.

The mother no longer has unfettered authority to manipulate her 7-year old boy into gender transition. Instead both mother and father will share equally in medical, psychological, and other decision-making for the boys. Additionally, the judge changed the custody terms to give Younger an equal amount of visitation time with his sons, something that had been severely limited.

This week has been tumultuous for Younger. He had requested that a jury grant him sole main conservatory. On October 21, the day of the jury’s decision, Younger told me the jury voted 11-1 that while yes, the boys should have a sole main conservatory, they didn’t agree that it should be him.

The public outcry and nationwide media attention were significant. Texas Republican Gov. Greg Abbott announced state child protection agencies would investigate and Texas Sen. Ted Cruz encouraged Texas lawmakers to act to keep children from being given surgeries and hormones to make them appear more as their opposite sex.

A Boy His Mother Wants to Be a Girl

I first became involved with little James’ situation in 2018 when I met his father at a conference in Texas. I immediately felt a connection because I was just a boy when the seed of gender distress was planted in my young psyche by an adult family member who cross-dressed me and affirmed how good I looked. Now in my seventies, I have the benefit of hindsight to know how badly this can play out, with years lost in the transgender mix-master. I’ve written two articles to raise awareness about Younger’s situation, here and here.

For those who need a little background, here’s a recap. “Six-year-old James is caught in a gender identity nightmare. Under his mom’s care in Dallas, Texas, James obediently lives as a trans girl named ‘Luna.’ But given the choice when he’s with dad, he’s all boy—his sex from conception.

“In their divorce proceedings, the mother has charged the father with child abuse for not affirming James as transgender, has sought restraining orders against him, and is seeking to terminate his parental rights. She is also seeking to require him to pay for the child’s visits to a transgender-affirming therapist and transgender medical alterations, which may include hormonal sterilization starting at age eight.”

All the evidence points to a boy torn between pleasing two parents, not an overwhelming preference to be a girl.

What Happened When I Met James

I visited Younger in Texas a year ago and met his sons, James and his fraternal twin brother. The two-hour court-ordained visitation time we shared was casual, held, as it occasionally is, at the home of close family friends and their children.

I took the opportunity to jump in the car with Younger as he drove across town to pick up the boys at his ex-wife’s home. As we pulled up, the front door opened, and the two young boys came flying out. James was dressed as a boy, like his brother. Into the backseat they went, saying hi to their dad and to me before they started talking about Ninja Turtles and other things they had done at school. Not one smidgeon of gender dysphoria or “girl talk” appeared during the drive or the subsequent playtime and dinner.

This week, I asked Younger how his sons were doing. Younger says James’ fraternal twin brother is confused and “tells everyone he wants to live with his dad.” As to James, on a recent visitation time with his father, James dressed himself as a classy young man with creased pants and necktie all day and chose to stay dressed that way to go back to his mother’s. It seemed to be a powerful nonverbal way for James to defy his mother’s wishes.

Younger said at the trial he was painted as paranoid and in need of several years of psychotherapy because he doesn’t believe his young son wants to be a girl. But many experts agree that transgendering young children is hazardous.

At the trial, Younger’s expert witnesses testified about these dangers and provided supporting evidence. Dr. Stephen Levine, a psychiatrist renowned for his work on human sexuality, testified that social transition—treating them as the opposite sex—increases the chance that a child will remain gender dysphoric. Dr. Paul W. Hruz, a pediatric endocrinologist and professor of pediatrics and cellular biology at Washington University School of Medicine in Saint Louis, testified that the risks of social transition are so great that the “treatment” cannot be recommended at all.

Are these doctors paranoid, too? Disagreement based on scientific evidence is now considered paranoia requiring “thought reprogramming.” That’s scary stuff when enforced by the courts.

The Research Is Still Wide Open On This

As I’ve written, researchers don’t know the long-term outcomes from the radical approach of social and medical transgenderism for children. They do know that most children, if they aren’t socially transitioned, will desist from the desire to transition, but unfortunately, they don’t know which ones.

Research psychologist Kristina Olson at the University of Washington, a proponent of transition, puts it this way: “We just don’t have definitive data one way or another.” That’s why Olson is leading a study of 300 trans children that will track outcomes over 20 years, “to be able to, hopefully, answer which children should or should not transition,” she said.

In other words, we simply don’t know right now, yet parents and children are herded in one direction as if we do. And the risks along each step of the path to full transition are enormous.

Why It’s Risky to Treat a Boy Like a Girl

The first step, social transitioning, as the mother has done to James, carries many risks. One is that it becomes self-fulfilling. The Parent Resource Guide: Responding to the Transgender Issue, a collaboration between organizations with very diverse political opinions, says: “When children socially transition, studies show that they are less likely to become comfortable with their biological sex and they end up on a fast-moving conveyor belt towards hormones and surgery.”

On the other hand, the scientific and clinical evidence collected over decades by neutral clinicians shows that if not affirmed and allowed to go through natural puberty, as many as 98 percent of gender-confused boys and 88 percent of gender-confused girls eventually accept their biological sex. In other words, going through puberty is the ultimate cure for the majority of children with gender confusion; social and medical transition are not.

The next step on transition for children is administering drugs to suppress puberty suppression, which can start as early as age eight. That’s why Younger fought so hard to have a say in medical decisions for James. The full effects of these drugs—emotionally, neurologically and physically—when given to healthy children has not been studied. That’s right: this use is experimental and not Food and Drug Administration -approved.

The drugs have an approved medical purpose—to delay puberty for children who started too young and then resume puberty at a more appropriate age. People who took them as children show evidence of neurological and bodily harms as adults: lower IQ, increased depression symptoms, and harm to bone development (see page 14).

Blocking puberty with drugs also seems to lock children into their gender confusion, not resolve it. Data show that as many as 100  percent of gender-confused children who use puberty blockers go on to take cross-sex hormones. That’s alarming because we’d expect to see at least some children get comfortable in their bodies. But most children taking puberty blockers continued on the path to hormonal and surgical transition, which means they will be left infertile and permanently, irrevocably sterile.

It’s Not the Father Who Needs Psychotherapy

Richard B. Corradi, M.D., former professor of psychiatry at Case Western Reserve University School of Medicine, Cleveland, Ohio, wrote, “Just as ‘mental health professionals’ a generation ago supported the child abuse delusions, and even participated in prosecuting the unjustly accused, so too have they fueled the fire of the transgender delusion…Historically, contagious popular delusions that deny common sense and fly in the face of reality eventually run their course. This will likely be the fate of the transgender craze. But before it collapses under its own weight, many people will suffer irreparable harm.”

Little James is one who has suffered harm. My hope is that his father, by having joint decision-making authority for James’ medical and psychological care, can prevail so that James will be spared further social transition and find joy in being a boy at school and at home, that he won’t have his natural puberty process disrupted by experimental use of powerful drugs, and that he’ll keep his genitalia and the ability to father children of his own someday.

The jury’s 11-1 vote to keep sole managing conservatorship from the father shows how invasive and acceptable this idea of confusing children and transitioning them has become. It’s like we are watching a bad movie where scientific evidence is ignored and believing the natural truth of male and female biology is considered paranoia. I can testify from my life experience the trans-life movie ends in unhappiness, regret, detransitions, or sadly, suicide.

So many good people over the last year prayed for James and for his best interests to be served. Bringing the case to court was expensive and many people generously donated through the SaveJames website (which is no longer active as a condition of the court ruling) to allow Younger to hire the best experts and attorneys. Thank you to all who signed petitions, lobbied lawmakers, and participated in various ways.

Don’t stop now. I’m asking all fair-minded parents and adults to continue to pray for James and his family, and to lobby lawmakers everywhere to pass legislation that would protect all children from being given experimental, ideologically corrupted treatments that will harm them for life. 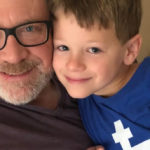 Our Take: There Must be Justice for James Younger