The Democrats are reacting so viciously over the Ukraine “scandal” because they are scared. They are scared that President Trump’s push for an investigation into the Biden family’s corruption will not only uncover the former vice president’s corruption, but will expose how the Democrats played the role in orchestrating the entire “Russian collusion” conspiracy, and coordinated that subversion with allies in the Deep State.

President Trump’s mention during the phone call with Ukraine’s president of the cybersecurity firm CrowdStrike has sent the Left into a true panic. They rush to condemn it as a “conspiracy theory” to cover the fact that this firm, which played a key role in the origins of the “Russian collusion” hoax, is now clearly central to the whole seditious plot to undermine our election. Not only that, but CrowdStrike has ties to Burisma Holdings, the same company for which Hunter Biden was being investigated and which Joe Biden abused his power to protect by blackmailing Ukraine the Prosecutor who was investigating Burisma and his son’s corruption.

Now, as reports are emerging that the so-called “whistleblower” is a CIA agent who once worked with John Brennan, everything is beginning to come full circle. It should come as no surprise that a protege of one of the ringleaders of Obama’s Deep State is the latest to try to tear down Donald Trump’s presidency, most likely inspired by – if not at the direction of – his old boss.

Time is running out, and the truth is closing in. The Democrats know this, and that’s why they are panicking. Donald Trump will show then to the world for the traitorous swampdwellers they are.

There are common threads that run through an organization repeatedly relied upon in the so-called whistleblower’s complaint about President Donald Trump and CrowdStrike, the outside firm utilized to conclude that Russia hacked the Democratic National Committee’s servers since the DNC would not allow the U.S. government to inspect their servers.

One of several themes is financing tied to Google, whose Google Capital led a $100 million funding drive that financed Crowdstrike. Google Capital, which now goes by the name of CapitalG, is an arm of Alphabet Inc., Google’s parent company. Eric Schmidt, the chairman of Alphabet, has been a staunch and active supporter of Hillary Clinton and is a longtime donor to the Democratic Party.

CrowdStrike was mentioned by Trump in his call with Ukranian President Volodymyr Zelensky. Perkins Coie, the law firm that represented the DNC and Hillary Clinton’s campaign, reportedly helped draft CrowdStrike to aid with the DNC’s allegedly hacked server.

Alperovitch is a nonresident senior fellow of the Cyber Statecraft Initiative at the Atlantic Council, which takes a hawkish approach toward Russia.  The Council in turn is financed by Google Inc.

In a perhaps unexpected development, another Atlantic Council funder is Burisma, the natural gas company at the center of allegations regarding Joe Biden and his son, Hunter Biden. Those allegations were the subject of Trump’s inquiry with Zelemsky related to Biden. The Biden allegations concern significant questions about Biden’s role in Ukraine policy under the Obama administration. This took place during a period when Hunter Biden received $50,000 a month from Burisma.

Besides Google and Burisma funding, the Council is also financed by billionaire activist George Soros’s Open Society Foundations as well as the Rockefeller Brothers Fund, Inc. and the U.S. State Department.

Google, Soros’s Open Society Foundations, the Rockefeller Fund and an agency of the State Department each also finance a self-described investigative journalism organization repeatedly referenced as a source of information in the so-called whistleblower’s complaint alleging Trump was “using the power of his office to solicit interference from a foreign country” in the 2020 presidential race.

The charges in the July 22 report referenced in the whistleblower’s document and released by the Google and Soros-funded organization, the Organized Crime and Corruption Reporting Project (OCCRP), seem to be the public precursors for a lot of the so-called whistleblower’s own claims, as Breitbart News documented.

One key section of the so-called whistleblower’s document claims that “multiple U.S. officials told me that Mr. Giuliani had reportedly privately reached out to a variety of other Zelensky advisers, including Chief of Staff Andriy Bohdan and Acting Chairman of the Security Service of Ukraine Ivan Bakanov.”

This was allegedly to follow up on Trump’s call with Zelensky in order to discuss the “cases” mentioned in that call, according to the so-called whistleblower’s narrative. The complainer was clearly referencing Trump’s request for Ukraine to investigate the Biden corruption allegations.

Even though the statement was written in first person –  “multiple U.S. officials told me” – it contains a footnote referencing a report by the Organized Crime and Corruption Reporting Project (OCCRP).

In a report published by the Organized Crime and Corruption Reporting Project (OCCRP) on 22 July, two associates of Mr. Giuliani reportedly traveled to Kyiv in May 2019 and met with Mr. Bakanov and another close Zelensky adviser, Mr. Serhiy Shefir.

The so-called whistleblower’s account goes on to rely upon that same OCCRP report on three more occasions. It does so to:

The OCCRP report repeatedly referenced is actually a “joint investigation by the Organized Crime and Corruption Reporting Project (OCCRP) and BuzzFeed News, based on interviews and court and business records in the United States and Ukraine.”

BuzzFeed infamously also first published the full anti-Trump dossier alleging unsubstantiated collusion between Trump’s presidential campaign and Russia. The dossier was paid for by Hillary Clinton’s campaign and the Democratic National Committee and was produced by the Fusion GPS opposition dirt outfit.

The so-called whistleblower’s document, however, only mentions the largely unknown OCCRP and does not reference BuzzFeed, which has faced scrutiny over its reporting on the Russia collusion claims.

Another listed OCCRP funder is the Omidyar Network, which is the nonprofit for liberal billionaire eBay founder Pierre Omidyar.

Together with Soros’s Open Society, Omidyar also funds the Poynter Institute for Media Studies, which hosts the International Fact-Checking Network that partnered with Facebook to help determine whether news stories are “disputed.”

Like OCCRP, the Poynter Institute’s so-called news fact-checking project is openly funded by not only Soros’ Open Society Foundations but also Google and the National Endowment for Democracy.

CrowdStrike, meanwhile, was brought up by Trump in his phone call with Zelensky.

According to the transcript, Trump told Zelensky, “I would like you to find out what happened with this whole situation with Ukraine, they say CrowdStrike … I guess you have one of your wealthy people…The server, they say Ukraine has it.”

In his extensive report, Special Counsel Robert S. Mueller notes that his investigative team did not “obtain or examine” the servers of the DNC in determining whether those servers were hacked by Russia.

The DNC famously refused to allow the FBI to access its servers to verify the allegation that Russia carried out a hack during the 2016 presidential campaign. Instead, the DNC reached an arrangement with the FBI in which CrowdStrike conducted forensics on the server and shared details with the FBI.

In testimony before the Senate Intelligence Committee in January 2017, then-FBI Director James Comey confirmed that the FBI registered “multiple requests at different levels,” to review the DNC’s hacked servers. Ultimately, the DNC and FBI came to an agreement in which a “highly respected private company”—a reference to CrowdStrike—would carry out forensics on the servers and share any information that it discovered with the FBI, Comey testified.

A senior law enforcement official stressed the importance of the FBI gaining direct access to the servers, a request that was denied by the DNC.

“The FBI repeatedly stressed to DNC officials the necessity of obtaining direct access to servers and data, only to be rebuffed until well after the initial compromise had been mitigated,” the official was quoted by the news media as saying.

“This left the FBI no choice but to rely upon a third party for information. These actions caused significant delays and inhibited the FBI from addressing the intrusion earlier,” the official continued.

Biden publically boasted about his role in the removal of Shokin during a panel discussion sponsored by the Council on Foreign Relations in 2018.

“I remember going over (to Ukraine), convincing our team … that we should be providing for loan guarantees. … And I was supposed to announce that there was another billion-dollar loan guarantee. And I had gotten a commitment from (then Ukrainian President Petro Poroshenko) and from (then-Prime Minister Arseniy) Yatsenyuk that they would take action against the state prosecutor (Shokin). And they didn’t…” Biden said.

After it was revealed that Hunter Biden joined the board of Burisma Holdings in 2014, ethics experts were quoted by the news media as raising questions about potential conflicts of interest.

Yoshiko M. Herrera, a Russia and Eurasian policy expert from the University of Wisconsin at Madison, was quoted by the Washington Post saying that Biden’s position was “a conflict of interest even if it doesn’t break any laws.”

“Calling Hunter Biden a private citizen ignores the obvious links to the vice president,” Herrera stated. “Conflict-of-interest rules should have applied. If Biden is working for the Obama administration on Ukraine, his son should not have been on the board of a company there that could be affected by U.S. policy spearheaded by his father.”

A New York Times editorial posited that Hunter Biden’s role in the board of Burisma undermined his father’s credibility in Ukraine issues.

Sadly, the credibility of Mr. Biden’s message may be undermined by the association of his son with a Ukrainian natural-gas company, Burisma Holdings, which is owned by a former government official suspected of corrupt practices. A spokesman for the son, Hunter Biden, argues that he joined the board of Burisma to strengthen its corporate governance. That may be so. But Burisma’s owner, Mykola Zlochevsky, has been under investigation in Britain and in Ukraine. It should be plain to Hunter Biden that any connection with a Ukrainian oligarch damages his father’s efforts to help Ukraine. This is not a board he should be sitting on. 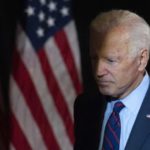 Our Take: The Ukraine Scandal Encompasses the Entire Web of the Deep State