Rarely are the Democrats more rabid than when they are in panic mode. And that is exactly where they are right now.

There is one reason above all else as to why the Democrats are so vehement about attacking President Trump and insisting that there was no wrongdoing on Joe Biden’s part when it comes to Ukraine: They know that if all of the details about Biden’s actions during the Obama Administration are revealed, then it will prove to the whole world just how scandalous and corrupt that administration truly was, and the entire Democratic Party will have to answer for it. That is why they fight against the truth.

The former U.S. Ambassador to Ukraine Marie Yovanovitch made a number of “strange” and “irregular” requests to monitor the communications of American journalists, Rep. Devin Nunes (R-CA) claimed on Fox News Wednesday night.

During an appearance on “Hannity,” Nunes said that he intended to ask Yovanovitch about these alleged efforts to monitor reporters during her scheduled testimony before the House Intelligence Committee on Friday.

Although it’s unclear whether the Trump administration will allow her to testify, Nunes, the ranking Republican on the House Intelligence Committee, welcomes the opportunity to question her.

He told host Sean Hannity that a number of Ukrainians and officials in the State Department had raised concerns about Yovanovitch, which is why Trump ordered her removal.

A former top Ukrainian official told investigative reporter John Solomon last spring that the U.S. embassy in Kiev had been refusing to provide Ukrainian law enforcement officials with visas so they can deliver their evidence of election meddling and corruption to Washington.

“We were supposed to share this information during a working trip to the United States,” Kostiantyn Kulyk—then the deputy head of the Prosecutor General’s International Legal Cooperation Department—told Solomon back in April. “However, the [U.S.] ambassador blocked us from obtaining a visa. She didn’t explicitly deny our visa, but also didn’t give it to us.”

Nunes told Hannity that “concerns” had been raised that journalists were being improperly monitored. “That we don’t know, but we have people who have given us this information,” Nunes said, adding that he would be pressing the State department for more information ahead of Yovanovitch’s testimony on Friday.

Hannity said three sources had told him they “believe there is evidence that government resources were used to monitor communications” of journalists—including Solomon, a Fox News contributor—and that Yovanovitch may have been involved.

Solomon has broken stories related to the Russia hoax and the ongoing Ukraine controversy that have contributed to Trump’s desire for a DOJ review of the origins of the FBI and special counsel investigations into Russian interference in the 2016 presidential election.

“What I’ve heard — and I want to be clear — there’s a difference. What I’ve heard is that there were strange requests, irregular requests to monitor not just one journalist, but multiple journalists,” Nunes added. “Now perhaps that was OK. Perhaps there was some reason for that — that it can be explained

John Solomon, appearing on “Hannity” later Wednesday night told the host that about ten days ago he was tipped by “multiple contacts in the intelligence community” that there may have been some “inappropriate monitoring” of his communications.

Solomon said that it was not yet clear what was being monitored, but his sources had “raised the possibility that there were Privacy Act violations.”

“To date, my lawyers have not been able to get a full accounting of what happened,” he said. “It’s early, we should get to the bottom of it. As a journalist, it’s chilling to hear the possibility.”

Solomon told Hannity that this episode was not his “first rodeo” when it comes to being spied on by the government.

He said that in 2002 or 2003, then FBI Director Mueller—who would later become special counsel—and his team “had inappropriately intercepted my mail and kept it without a warrant.”

“I think we need to dig in more. Ambassador Yovanovitch should be given an opportunity and Secretary of State Pompeo should tell us what happened,” Solomon added. 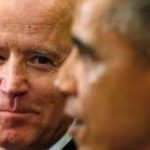 Our Take: The Ukraine Ordeal Reveals the Full Extent of Obama’s Crimes