Of all the possible ways the country’s anti-Trump forces could have tried to cope with the disaster of the Mueller hearings, tripling down on a clearly-debunked conspiracy theory just might be the single worst thing they could have done.

Even as Mueller reaffirmed the report’s findings that President Trump did not “collude” with any Russian actors to influence the 2016 election, after the hearing Democrats gave numerous public statements claiming victory after the disastrous hearing.

This, of course, is a stunt, a pathetic attempt at revisionism. If anything, this is actually indirectly admitting defeat. They not only lost the 2016 election, but they lost in the Mueller hearing, and they lost on impeachment. Now, gearing up for the increasingly likely outcome of President Trump winning re-election, the Democrats are prepared to use the exact same excuse if they lose then as well, so that they may further live in their fantasy world where both elections were somehow “stolen” from them.

And the only aspect that is more pathetic than the Democrats’ behavior is the echoing of these sentiments by Never Trump “Republicans,” from Bill Kristol to Jonah Goldberg. These faux conservatives continue to blindly defend Mueller and the Russia “collusion” theory, just as foolishly as the Democrats do. For them, the future of the country is not nearly as important as their own personal pride and their egos, which were irrevocably damaged by President Trump’s upset victory three years ago.

They remain with the Titanic even after the iceberg has hit. And President Trump continues to power ahead, with nothing in his path.

And the sore loser, Never Trump TrueCon Cuck coup to overturn a presidential election ends not with a bang, not with a whimper, but with this pitiful gerbil-like squeak of despair from Jonah Goldberg:

“Look, I think Mueller had a bad day. I think his performance bolstered the case that his staff ran the show. But Mueller also demonstrated that he is a vastly better man than Trump. Trump heaps gross scorn on him for two years and Mueller refused a single ad hominem.”

And this is what the TrueCon (emphasis on “con”) Cuck Club has been reduced to, y’all — tone.

Oh, my, yes — it has come to this: the Mighty TrueCons will no longer judge individual character and vital national events of consequence on the concrete, on deeds, on actions, on intent. No, no, what matters now is tone — going forward, it will be hushed tones and the proper etiquette that win the day.

Robert Mueller: Excuse me, good sir, would it be inconvenient if I were to rape your neighbor now?

Jonah Goldberg: Not at all. Muffy and I were just headed to the club for drin–

Bad Orange Man: Hey, what the hell! Get that scumbag off that girl!

Jonah Goldberg: This is a restricted club!

The last refuge of the pseudo-intellectual is snobbery.

No, Robert Mueller did not hurl insults. But in a desperate attempt to overturn a presidential election, he abdicated the cornerstone of American justice by introducing an all new standard called: presumed guilty until exonerated — and not exonerated by a jury, but by the prosecutor prosecuting the case. But…

No, Robert Mueller did not call anyone names. He only selectively prosecuted those associated with Trump for things like years-old tax evasion while making damn sure unimportant matters like forged FISA warrants, criminal media leaks, Russian involvement in the Steele Dossier, and the FBI spying on a presidential campaign remained outside his purview. But…

And while Trump gave him every document (1.5 million), every penny, and every witness he asked for, it is true that Robert Mueller did not tweet anything polite society would consider “gauche,” but he did lie about not knowing what Fusion GPS is and took the Fifth (not in my purview) more times than a mob kingpin.

And while it’s true Jonah Goldberg doesn’t use terms like “schlonged,” he did happily work for a National Review that took money from Google and then lobbied for them, did smear a perfectly innocent group of Catholic high school boys, and did public relations work for a child rapist. But…

I wonder if Die Hard confuses poor Jonah… Does Jonah know who to root for? Does he know the crass, workaday, foul-mouthed smart ass is the hero and the effete, well-spoken terrorist is the villain?

Does Jonah Goldberg know he’s supposed to laugh at Fraser and Niles Crane?

Or is Jonah’s oh-so sophisticated view of morality and decency simply beyond the mental grasp of us deplorables? 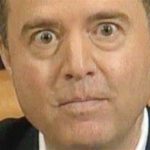 Our Take: The President’s Opponents, with Nothing Left, Triple Down on Russia