There are many things to take away from the second Democratic debate of the 2020 primaries: The fact that the handful of so-called “moderates” are being totally out-polled by the raging socialists, and that the party’s mainstream is now advocating for such radical ideas as open borders and socialized and rationed medicine.

But perhaps most telling is what was not said on either of the debate’s two consecutive nights. One name was not heard from any of the 20 candidates: Robert Mueller.

The man whom Democrats put their trust in for almost two years, the man who they said was going to bring down the Trump Presidency, and the man who became the figurehead for their greatest conspiracy theory ever…was not mentioned even once during the first debate. Not a coincidence that this comes on the heels of Mueller’s disastrous testimony before Congress.

The biggest mistake the Democrats are making is not in pushing for their socialist agenda, although that is a close second; it’s their naïve belief that they can suddenly pivot away from the “Russia” hoax after promoting it for two long years, pretend that it never happened, and think that they can get away with it. But the American people are not stupid, nor are their memories that of a fruit fly

Eventually, the Democrats’ pathetic attempt to run away from the lie they created will be every bit as harmful to them at the ballot box as their socialist platform.

The Washington Examiner: No mention of Mueller in Democratic primary debate

Neither former special counsel Robert Mueller nor his report was mentioned once during Tuesday’s Democratic primary debate on CNN, despite his investigation that dominated national headlines for two years.

The first of the two debate nights in Detroit took place less than a week after Mueller’s high-profile but underwhelming testimony in front of Congress last Wednesday.

Mueller’s inquiry concluded the Russian government had interfered during the lead up to the 2016 presidential election in a variety of ways, including through cyberattacks, social media disinformation campaigns, intrusions of election systems, and more, but the special counsel did not establish that there was any sort of conspiracy or coordination between the Kremlin and any members of the Trump campaign. Mueller did not reach a conclusion on obstruction of justice one way or the other, and Attorney General William Barr and then-Deputy Attorney General Rod Rosenstein determined obstruction hadn’t happened.

Trump has repeatedly claimed this meant there was “no collusion” and “no obstruction” and it meant a “total exoneration,” although Democrats have highlighted the unsavory contacts that some Trump associates had with foreigners during the campaign and continue to point to the 10 instances of possible obstruction of justice laid out by Mueller.

Mueller’s halting testimony in front of the House Judiciary and Intelligence committees did not deliver many of the made-for-TV moments that Democrats had hoped for, and Republicans came out of it claiming that Mueller seemed unfamiliar with the report he had written and highlighted the fact that he had declined to answer their questions about the origins of the Trump-Russia investigation.

Tomorrow’s debate will feature another face-off between former Vice President Joe Biden and California Sen. Kamala Harris, along with other Democratic hopefuls. 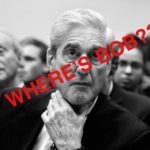 Our Take: The Mueller Conspiracy is Truly Dead