At this point, only one clear obstacle remains in the effort to make fake whistleblower Eric Ciaramella a household name: The mainstream media.

And this isn’t simply a matter of the usual suspects in the FakeNews. Even ostensibly conservative outlets such as Fox News are refusing to say the whistleblower’s name on the air. Big Tech is also actively censoring people who say his name.

As it has been proven time and again, the Whistleblower Statute does not protect this so-called “whistleblower’s” anonymity, yet the media and their corporate allies have taken it upon themselves to act as a last stand in Ciaramella’s fight to keep his name private as his story collapses. But despite betraying their supposed commitment to the truth, the truth cannot be contained any longer. And soon everyone will know Eric Ciaramella’s name. 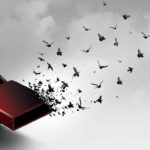 Our Take: The Media is Running Cover for the Fake Whistleblower