If the Left’s latest actions don’t seem to make any sense to you, then it’s probably because there is no rational thought put behind anything they do in their deranged state. The Left is now acting purely out of impulse, emotion, and sensationalism. To put it simply, they are losing their collective minds.

From their nonstop doomsday predictions about global warming to their declaration that the “OK” hand sign is now a “hate symbol,” if anything even slightly offends the Left, then they will act on a whim to silence all those with whom they disagree.

I want to try a little experiment, Dear Reader, and it requires your participation. No, no, don’t worry, it’s nothing weird. I just need you to follow these instructions: Hold your dominant hand in front of you with your palm outward, like you’re about to wave. Then, curl your thumb up and your forefinger down until the fingertips touch each other, without curling the other three fingers.

The “OK” hand gesture is now a hate symbol, according to a new report by the Anti-Defamation League.

The OK hand gesture and its link to white nationalism began as a hoax cooked up by users of the website 4chan, who falsely linked it to white supremacy, according to the ADL.

It was meant to bait the media or people with liberal ideals to overreact, ADL experts say, and therefore look ridiculous for condemning such an innocuous sign. But in 2019, the sign was adopted by some white nationalists.

Ahhh. See, it used to be a hoax. It was formerly a joke to make liberals look like big dummies for being scared of the OK sign. But then some really bad people started using that same gesture for real. That means you can’t use it now, or everybody will call you a racist. Sorry!

This idiocy has been going on for a while. You may recall that a Chicago Cubs fan was banned from Wrigley Field for playing the “Circle Game” during a live broadcast. (It was racist because he was sitting near a black guy.) Then Stephen Fry, actor and Most British Person Ever, was accused of racism for making the OK sign to promote mental health awareness. It’s complete nonsense.

I’m with Stephen Fry on this one. I don’t care how racists and other scumbags communicate with each other. It has nothing to do with me, and I refuse to concede anything to them. Why should we let the dregs of society dictate which hand signals we can and can’t use? Why should we do exactly what they want us to do? Why should we surrender to them? 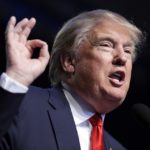 Our Take: The Left’s Peak Hysteria