As we have discussed, the Left is unafraid to use outright harassment and intimidation tactics against anyone they deem guilty of the “thoughtcrime” of being a conservative, a Republican, a supporter of President Donald J. Trump, or any other host of sins against their radical worldview.

But this most recent example not only shows a blatant disregard for the safety and wellbeing of a regular American citizen; it also shows that various branches of the Left’s widespread network will actively coordinate with each other in order to accomplish their goals.

When the far-left website The Daily Beast sought information on the person who created the allegedly doctored video of Nancy Pelosi, they went to one of the most comprehensive sources possible: Facebook. In a disgusting violation of an individual’s privacy rights, the tech giant handed over the man’s personal information to The Daily Beast, which proceeded to publish everything from his likeness, to his name, to the place where he works.

Further still, the man responsible for this doxing hit job is a former hacker and convicted felon named Kevin Poulsen; when convicted in 1994 on seven counts including conspiracy, fraud, and wiretapping, part of his sentence was a blanket ban on using computers and the internet for three years after his release from prison. Yet The Daily Beast continues to employ this vile individual, and Facebook apparently saw no issue with handing over a private citizen’s personal information to a man with such a criminal history.

Make no mistake: The Left has no standards, no morals, and no boundaries. They will conspire amongst each other to tear down even the most average person for political gain and virtue-signaling, and they are not afraid to openly coordinate with convicted felons to achieve these ends. This kind of moral bankruptcy can only be found on one side of the American political spectrum.

The Daily Beast recently doxed a black forklift driver and reported Trump supporter for the alleged high crime of creating a parody video of Democrat speaker of the house Nancy Pelosi. But there’s more to the story — it appears Facebook may have helped the left-wing journalists identify him.

The Daily Beast identified the video creator as Shawn Brooks, whom they described as a forklift driver and Trump supporter from the Bronx.

A Twitter account claiming to be Brooks disputed key details of the story, claiming he is not a Trump supporter, did not create the parody video, and does not live in the Bronx.

By doxing Brooks, The Daily Beast followed the example of CNN, which threatened to unmask an anonymous Trump supporter over a parody video, forcing to him apologize in exchange for not revealing his identity. The scandal caused “CNNBlackmail” to trend on Twitter.

Via the Daily Beast: “It’s conceivable that someone else actually edited the clip. But a Facebook official, confirming a Daily Beast investigation, said the video was first posted on Politics WatchDog directly from Brooks’ personal Facebook account. [emphasis ours]”

If the Daily Beast’s description of Facebook’s actions is accurate, Facebook compromised the privacy of one of its users, handing over information on his activity to a journalist who was clearly engaged in a politically motivated hatchet-job.

Facebook has been rocked by repeated privacy scandals over the past two years, including giving major corporations access to user data without permission. CEO Mark Zuckerberg recently unveiled a re-branding effort emphasizing the company’s commitment to protecting the privacy of its users.

“I believe that the future is private,” Zuckerberg said at a recent Facebook conference.

Even left-wing feminist Caroline Orr, who described the Pelosi parody as “disgusting” (it’s simply a video of Pelosi slowed down to make her words appear slurred), expressed shock at the idea of Facebook handing over private information about its users.

“It appears that Facebook helped the reporter who wrote this story identify the person behind the doctored video of Nancy Pelosi — i.e., Facebook used its own internal data to help publicly identify a private citizen” wrote Orr.

“So… Facebook is handing over information to reporters regarding what people are doing on their personal Facebook accounts?”

“The guy didn’t break any laws. He didn’t even violate any of Facebook’s policies, according to the company. The doctored video is still up! In Facebook’s eyes, this guy did nothing wrong — yet they just handed over his private data to a reporter. How is that justifiable?”

Breitbart News has reached out to Facebook for its side of the story. 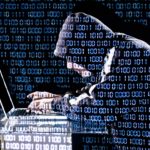 Our Take: The Left’s Coordinated Doxxing of a Black Trump Supporter