As President Trump visits the grief-stricken communities of Dayton and El Paso to help the healing process, the Left is turning up its dangerous and violent rhetoric.

From the media to Democrats in Congress, absolutely nothing is beneath the Left anymore. Over the course of just one day, media commentators tried to claim there was a hidden neo-Nazi message in President Trump’s decision to lower flags to half-staff in honor of the victims. Another “journalist” accused President Trump of wanting to “exterminate Latinos.” MSNBC shamelessly ran a chyron declaring that the shootings were instances of “Trump-inspired terrorism.”

Democrat Congressman Joaquin Castro – twin brother of the failing presidential candidate Julian Castro – saw it fit to dox President Trump’s donors in San Antonio, posting their names and their employers’ names on his Twitter feed for the explicit purpose of shaming them, and even getting them fired, or worse. He, like his brother, is certainly living up to the totalitarian connotations of their last name.

This is all the Left has left. They can only intimidate and lie about their opposition, because they know their “ideas” are incapable of winning elections. From the myth of a rise in “white supremacist” terror to the late Russian collusion hoax, divide and conquer is their strategy for the 2020 election.

That is why we must do all that we can to resist their lies and stand strong behind our President, who is truly fighting to unify our country, and to save it from those who would gladly burn it to the ground just so they can rule over the ashes.

MSNBC used a chyron on Tuesday evening that read “TRUMP-INSPIRED TERRORISM,” in quotation marks, during The Last Word with Lawrence O’Donnell.

The context for the chyron was the appearance of a guest, Professor David Schanzer, who published an op-ed in the UK Guardian under the headline: “We must call the El Paso shooting what it is: Trump-inspired terrorism.”

O’Donnell did not question the premise of Schanzer’s article, but rather asked him to elaborate upon it: “Establish for us what you see as the link between Donald Trump’s rhetoric, Donald Trump’s hate speech, and what happened in El Paso.”

The MSNBC host never challenged his guest’s view or expressed any doubt about its premise, nor did he show any concern that it might be inflammatory.

Instead, he allowed Schanzer to recite a laundry list of claims about Trump’s rhetoric. The professor concluded: “This is what highly ideological terrorist organizations do to motivate their followers to violence.”

O’Donnell then asked his guest “how much more of this kind of violence might we see in the next 15 months of the presidential campaign,” given Trump’s rhetoric.

At no point did O’Donnell or his guest note that the El Paso shooter allegedly claimed that he had arrived at his racist ideas many years before Trump’s presidential campaign.

Twenty-two people were killed and roughly two dozen wounded in the mass shooting at a Walmart in El Paso on Saturday. 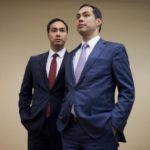 Our Take: The Left Grows More Fascist Day by Day