The same Fake News media that ignored Ilhan Omar’s past anti-Semitism or racist comments about white Americans is still turning a blind eye to ongoing revelations about her falsified marriage history.

Imagine if a Republican member of Congress had done even just one of the following things: Lied about their marriage status in order to commit tax fraud; married someone in order to circumvent American immigration laws; married their own sibling;or committed perjury before Congress while testifying on any of these subjects. Said Republican would be raked over the coals by the Democrats, ridiculed into oblivion by the media, and excommunicated by the Republican Party forever.

But Omar is a Democrat. And as we already know, this gives her political immunity and makes it practically impossible for her to face any substantive consequences for her actions. Despite intense investigative reporting by PJ Media back in August of 2018, and a recent resurgence in focus on the story from the Washington Examiner, the mainstream media still ignores this shocking revelation about one of the most radical members of Congress because she is a Democrat.

After the last three years, we should expect no less from the Fake News Industrial Complex. But the truth has been revealed, and no amount of media bias or Democratic complacency can change the facts of what Omar has done. And chances are that regular Americans will see right through this façade, as they have through so many other charades on the Left.

Not surprisingly, the major broadcast network newscasts were out to lunch between Sunday morning and Monday morning about not one but three new stories detailing what the Minneapolis Star Tribune stated as “[n]ew investigative documents” that provide “fresh life to lingering questions about the marital history of Rep. Ilhan Omar and whether she once married a man — possibly her own brother — to skirt immigration laws.”

In addition to a nearly 2,300-word story by the Star Tribune’s J. Patrick Coolican and Stephen Montemayor, the top newscasts on ABC, CBS, and NBC have also ignored stories about Omar’s marital chicanery by our friends at the Daily Caller and the Washington Examiner.

The Star Tribune piece contained plenty of snide hits on conservative media for being so dogged on this story (along with tracking Omar’s anti-Semitic statements), but Coolican and Montemayor could only do so much as their random act of journalism remained devastating (click “expand”):

Omar has denied the allegations in the past, dismissing them as “baseless rumors” first raised in an online Somali politics forum and championed by conservative bloggers during her 2016 campaign for the Minnesota House. But she said little then or since about Ahmed Nur Said Elmi, the former husband who swept into her life in 2009 before a 2011 separation.

The questions surfaced again this month in a state probe of campaign finance violations showing that Omar filed federal taxes in 2014 and 2015 with her current husband, Ahmed Hirsi, while she was still legally married to but separated from Elmi.

Although she has legally corrected the discrepancy, she has declined to say anything about how or why it happened.

The new documents also detail the Omar campaign’s efforts to keep the story of her marriage to Elmi out of the press, arguing that detailed coverage would legitimize the accusations and invade her privacy.

Since the recent findings of the campaign finance board that discovered Omar had improperly used campaign money to pay a lawyer to fix her tax filings, the Star Tribune searched public records — including available databases, the marriage and divorce filing, business licenses, university records and other documents — and could find little publicly available information about Elmi. The search of records could neither conclusively confirm nor rebut the allegation that he is Omar’s sibling.

Adding that none of these parties responded to requests for comment (besides an Omar spokesperson deeming this issue off-limits), the pair observed that her “reticence is consistent with near total silence she has maintained for three years amid questions raised through public records picked over by conservative opinion journalists intent on proving that she committed immigration fraud.”

Naturally, the Star Tribune reported that “Omar declined to make her tax and immigration records available” and went onto explain how, in 2002, Omar married Hirsi at age 22 “in their ‘faith tradition’ in Minnesota, but they don’t legally marry” until January 2018.

But regarding the controversial marriage to Elmi from 2009 to 2017, the Star Tribune spoke with “retired DFL activist and Minneapolis city worker Barb Lickness, who lived in the same downtown Minneapolis apartment building with Elmi around 2012” and “[h]e never mentioned being married, Lickness said.”

Thankfully, the Examiner’s Tiana Lowe and John Gage boiled things down and laid out what Omar claims is her marital history versus what the facts seem to be showing (click “expand”):

Omar tells her marital history in the following way:

2008: Omar and Hirsi “decided to end our relationship in our faith tradition. ”

A paper trail of legal documents, however, undermines Omar’s claim that her marriage to Elmi, a British citizen, came during a split from Hirsi. All available evidence suggests that her legal marriage to Elmi notwithstanding, Omar has always been in marital relationship with Hirsi.

Public documents, for instance, place Hirsi and Omar living in a home together in the Cedar Riverside neighborhood of Minneapolis in 2009, the year Elmi and Omar married, and two years before Omar claims she reconciled with Hirsi.

Local media accounts also undermine the idea that Omar and Hirsi split. A 2013 article in the Twin Cities Daily Planet says Omar and Hirsi “moved to North Dakota so that Omar could finish her bachelor’s degree in political science.” Omar began at North Dakota State University in the autumn of 2009 and completed in 2011, the years during which she was allegedly married to Elmi, both legally and religiously.

Going lastly to the Daily Caller, investigative reporter Luke Rosiak reported Sunday night that even though “Omar swore under oath in a 2017 divorce filing that she hadn’t seen her husband Ahmed N. Elmi in six years and didn’t know anyone who might be able to locate him,” Elmi “appears to have designed a website for Omar’s sister this year, according to data hidden in the source code of that website.”

Rosiak noted that, if charged, such contradictions would be considered perjury with “each charge carr[ying] five years in prison, according to Minnesota law.”

While there have been many solid journalists on this case, this past weekend’s three stories marked a dramatic escalation in the case.

Instead of covering the latest Omar controversy, the CBS This Morning crew discussed a sneak peek released of the classic song “Can You Feel the Love Tonight” ahead of the upcoming Lion King live-action movie (sung for this edition by Beyoncé and Donald Glover).

As for the other two networks, ABC’s Good Morning America and NBC’s Today did reports on Monday about a staged marriage proposal that went down on Instagram.

So, to review, a sitting member of Congress possibly having married her brother and lying about her marital situation for tax purposes? Not a story. But a so-called Instagram “influencer” having staged a marriage proposal for clicks? Totally worth doing!

That’s journalism for these networks in 2019. 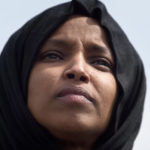 Our Take: The Fake News Media Still Covers for Ilhan Omar’s Lies About Her Marriage(s)