Of the many important things to take away from Project Veritas’s explosive revelation of ABC’s coverup of the Jeffrey Epstein story, perhaps the most is to remember is that ABC acted so as to protect the global “elite.”

As the behind the scenes clip and ABC insider sent Project Veritas shows, Producers at had more than enough evidence to implicate some very powerful people, from former President Bill Clinton to Prince Andrew of the United Kingdom, with Amy Robach saying on-camera that she even had the evidencary “pictures” of the “most prolific pedophile” in America. Yet fearing that they would anger the powerful people, ABC decided not to run with the story.

Not only is does this indelibly prove just how far the media has fallen from its once-noble mission of holding the powerful accountable, if anything, it proves that exactly the opposite is now true: that the media are now nothing more than both lapdogs and attack dogs for the socio-political elite of the world, and will cover up pedophilia to protect the establishment.

This is one more reason why the FakeNews media truly are the “Enemy of the People.” They are every bit as reprehensible and depraved as the elite whom they protect. 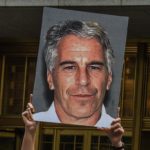 Our Take: The Epstein Coverup is Real