One of the most terrifying aspects of the Democrats’ increasing acceptance of Socialism is the fact that this has directly led to some of their biggest figures openly apologizing for dictatorships. It is now no longer simply a matter of supporting the failed ideology of Socialism, but trying to retroactively justify the actions of actual dictators.

As we discussed yesterday on AMERICA First, Bernie Sanders unapologetically honeymooned in the Soviet Union in the 1980s. When he came back, he and his wife Jane sang the USSR’s praises for its “cheap theater tickets” and “cultural centers,” trying to portray the murderous Communist regime as an enlightened and advanced society.

This is not only ignorant, it is downright dangerous. It is one thing for some naive college student to support their warped and idealistic view of “socialism;” it’s another thing entirely for an adult who has actually been to the Soviet Union to try to essentially argue that the Soviet Union wasn’t that bad, especially since Sanders himself is Jewish, and the USSR was one of the most anti-semitic regimes in modern history.

The fact that the Democrats may actually choose this man as their nominee is all the proof you need that the time for mockery is over. While the Democrats are indeed a joke and worthy of being made fun of, the inherent danger in their increasing radicalism must also be taken very seriously. 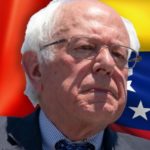 Our Take: The Democrats Embrace Dictatorship