If there’s one thing the Left does well, it’s promoting baseless conspiracy theories. From the “Russian collusion” hoax better known as Obamagate, to the fact-free claim that President Trump is a racist, to the “climate change” hysteria, their efforts to subvert President Trump require taking a leap into the void of truly fanatical beliefs that are borderline psychotic.

Among these absurd claims is the notion that a recession is about to happen. Some on the Left have even openly encouraged a recession just to see it harm President Trump’s re-election chances next year. This displays not only cluelessness about how the economy works, but a total disdain for the American people, especially the working class and middle class, who would suffer the most if another recession did occur.

But in the end, the numbers are clear: Not only is a recession unlikely, but the economy could get even better in the coming months. Such is the strength of America as long as Donald Trump is President, with his policies on regulations, taxes, and trade only continuing to yield results for all Americans.

The Hill: Recession obsession is unwarranted

Funnyman Bill Maher last year voiced on his show what many Democrats today privately wish when he said that he hoped for a recession to hurt President Trump. “I feel like the bottom has to fall out at some point. By the way, I am hoping for it,” he declared, adding that one “way to beat Trump is a crashing economy. So please, bring on the recession.”

Such rank partisanship in hoping for the suffering of Americans so that your party can take the White House is vile. But it seems to be the modus operandi of the Democrats who are hell bent on power. The candidates relentlessly portray our booming economy in a bizarre fashion, claiming that huge chunks of the workforce juggle multiple jobs or face stagnant wages. Several candidates claim a recession is around the corner.

Democrats and their mainstream media allies have pounced on a couple of recent economic indicators, such as the inversion of the yield curve, to bolster their case that a recession is coming. This recession obsession is unwarranted. In fact, it exposes how vulnerable Democrats are on the issue of the economy, with only a recession capable of neutralizing the advantage of the Republicans. While they read the tea leaves to try to discover a recession harbinger, the economy continues to hum along.

Strong retail earnings, a widespread proxy for consumer health, have sent stocks surging back to near record highs. Weekly jobless claims, another current measure of economic health, remain near historic lows. The latest monthly jobs reports reveal that the unemployment rate continues to hover near a half century low, with near record lows for minorities, young workers, and those with disabilities. If a recession were truly around the corner, then we would see it reflected clearly in the labor market data.

While Democrats harp on a “low wage economy,” there are more than seven million unfilled jobs across the country, many of which pay good middle class wages of around $50,000 a year or more. In contrast to the “stagnant wages” refrain, wages have been rising by more than 3 percent each month for the last year. The use of food stamps, another solid proxy for economic health, has plummeted, with millions leaving the program. The number of Americans who claim disability benefits has also fallen over the last year after rising dramatically under President Obama.

Polling data is also strong. According to the weekly Job Creators Network pulse poll, more Americans say the economy is good or excellent now than at any point this year. Gallup has similarly found that the economic confidence of Americans went up significantly this summer. Meanwhile, consumer confidence continues to reach 21st century highs. A record number of Americans say it is a good time to find a quality job. Small business optimism among our entrepreneurs is also rising this year.

This booming economy that is bringing prosperity to nearly all Americans is largely thanks to the strong growth policies passed by Republicans, such as tax cuts and deregulation to boost business. Unfortunately, as I had predicted, Democrats taking control of the House of Representatives have now made it more difficult to continue this robust economic pace.

Absent the “sky is falling” rhetoric scaring consumers, the only way a recession would materialize over the near term is if Democrats win in the elections next year and threaten to implement their socialist agenda that calls for nationalizing vast swaths of the economy. As it has been proven throughout history, such socialist initiatives destroy the economy because of all the burdensome taxes and regulations needed to implement them. Republicans must make this case to get elected and protect the economic futures of ordinary Americans that many on the left treat as disposable. 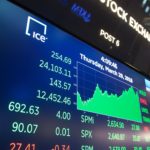 Our Take: “Recession” Fears are Just Another Hoax