One of the major reasons why Democrats are lashing out so viciously at President Trump is because they are terrified of what he may uncover. Just when you thought the extent of the Obama Administration’s corruption couldn’t get any worse, the Biden scandal proves that there is still plenty more left to discover. Democrats know that not only will this destroy the reputation of the most recent Democratic president, but it could also spell disaster for their current frontrunner for the 2020 nomination.

“He said his brother would be very excited about this product,” Frey said.

“These charges stem from a frivolous lawsuit and are pure fantasy. We are not surprised that such baseless accusations have emerged during the Democratic primaries,” said spokesman David Fuscus on behalf of James Biden and Platinum Global Partners, according to Politico.

“Jim Biden has been clear and consistent that he does not, and has never, discussed his business ventures with his brother,” Fuscus added.

The Biden campaign and Platinum Global Managers have not yet responded to a request for comment from the Daily Caller News Foundation. The Biden Cancer Initiative suspended operations in July.

The report comes as the White House released the declassified and un-redacted transcript of President Donald Trump’s call with Ukrainian President Volodymyr Zelensky on Wednesday.

The transcript revealed Trump asked the Ukrainian president to investigate the firing of a prosecutor looking into Hunter Biden’s business ties in Ukraine.

There is no evidence in the transcript that confirms Trump offered military aid to Zelensky as part of his request for an investigation into Biden. 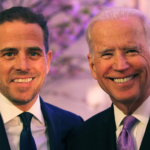 Our Take: President Trump is Rooting Out Real Crimes