Over the weekend, President Trump dropped yet another dose of the truth that, once again, was too much for the Left to handle.

On Saturday, the President tweeted about how Representative Elijah Cummings seems far more focused on criticizing the brave men and women of ICE and the Border Patrol rather than focusing on his own district. President Trump accurately described that district, which includes the city of Baltimore, Maryland, as “a disgusting, rat and rodent infested mess,” and a “very dangerous and filthy place.”

The Left’s immediate cry of “racism” notwithstanding, every single thing the President said is true. Baltimore has been acknowledged as a filthy, impoverished, and hellishly crime-ridden area of the country, with such criticisms even coming from left-wing figures. Senator Bernie Sanders once described Baltimore as looking like “a Third World country,” and the former Mayor of Baltimore, Catherine Pugh, once remarked on-camera that “you can smell the rats” in Baltimore’s worst neighborhoods.

This widespread view is backed up by the numbers. In 2018, the pest control company Orkin ranked Baltimore as the 9th most rat-infested city in the country, and a documentary about the city’s rodent infestation, called “Rat Film,” was released in 2017.

The statistics go far beyond the city’s rat problem, which is merely a symptom of the broader illness. In education, nearly 20% of Baltimore residents do not have a high school degree, and only 27% have a college degree. The city also has one of the highest rates of poverty in the entire country, with a staggering 24%, and one of the lowest median incomes out of all major American cities, at just under $42,000 per household. And perhaps the most telling figure is the partisan lean of the city’s government for the last 52 years: Since 1967, every single Mayor of Baltimore has been a Democrat.

Baltimore is just another one of the countless examples of failed Democratic leadership in such urban areas and big cities, where they simply do not even try to take care of the very kinds of people they say need the most help. Their reaction to this blistering – but accurate – criticism is also par for the course with the modern Democratic Party. Once more, they would rather deflect with empty insults of “racist” instead of actually acknowledging, and trying to fix, the problem at hand. Baltimore has become part of the new Democrat plantation.

The Daily Caller: Baltimore Rat Infestation Is They Made A Documentary About It 2 Years Ago

The Baltimore rat problem President Donald Trump tweeted about Saturday is apparently so extensive that it was the subject of a documentary two years ago.

The president’s tweets took aim at Democratic Maryland Rep. Elijah Cummings, who has been very critical of the administration’s immigration and migrant detention policies, calling his home district in Baltimore “rodent infested.”

The Baltimore Sun’s editorial board published a scathing op-ed later in the day that simultaneously waved off the city’s rat problem while calling Trump a rat. “Better to have a few rats than to be one,” blared the headline.

But according to earlier reports from The Baltimore Sun, that rat problem is actually quite a bit more extensive than the editorial board implied.

In April of this year, the same editorial board published another op-ed titled “Baltimore’s perpetual trash problem.” Among other issues, the article detailed some of the problems that stemmed from ubiquitous piles of trash — increased rodent infestations among them.

Yet, here we are again in a mess of a city. Food containers, balled up clothes, paper, banana peels, plastic bags and tons of other pieces of litter line the shoulders of roads, pile up in alleys and are strewn across fields and yards. Not only is it unsightly and contributes to a rodent problem, but it can create a glum and gloomy feel in a time when the city is already facing self-esteem issues because of high crime and the scandal surrounding the University Maryland Medical System and Mayor Catherine Pugh, who’s now on an indefinite leave, and her Healthy Holly books.

In September 2018, another Baltimore Sun article quoted then-Mayor Catherine Pugh as saying that the problem was so extensive that “you can smell the rats.”

In July 2018, video of Baltimore’s Northeast Market showed rats inside — within a week of a similar problem being exposed at Lexington Market — forcing the market to close down.

A 2018 assessment from Orkin, the pest control company, listed Baltimore as the 9th “rattiest” city in the United States.

The problem was so far-reaching that “Rat Film,” a documentary based on Baltimore’s constant battle with the prolific rodents, premiered at a local film festival in 2017 and aired on public television in 2018. The Baltimore Sun covered the PBS premiere.

“Rat Film,” a documentary that takes the decades-long fight waged against Baltimore’s rat population and uses it as a lens through which to look at how the city has addressed myriad social issues over the decades, airs tonight on PBS.

When President Trump criticized Cummings and claimed that Baltimore was “rodent infested,” however, critics were quick to call his tweets offensive and even racist, arguing that he only used the term “infested” when he was speaking of “black and brown people.” 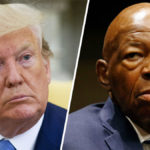 Our Take: President Trump is Right. Baltimore is a Rat-Infested Hellhole