There were many truly incredible speeches from influential conservative thinkers across the country at Turning Point USA’s 2019 Student Action Summit. From your host of AMERICA First to the President of the United States, the 4,000 young patriots in attendance were able to experience the full scope of what conservatism in the United States today really is.

But arguably the most powerful and most significant speech, aside from President Trump’s address, was the one given by The Great One himself, Mark Levin. In it, he quickly established that ours is a battle that goes beyond fighting for simple conservative line-item issues such as tax cuts or reducing regulations; the battle we are in today is for the very soul of our Republic.

And at the heart of this battle is impeachment. Its target is not even President Trump; its target is the Constitution. The same Democrats who have spent the last several years insulting the Founding Fathers and violating the Constitution in every way imaginable and then dared to claim during the hearings and subsequent votes that they suddenly now care about our founding principles.

But they don’t, they never have, and they never will. They use this thinly patriotic rhetoric as a veil to cover their true intentions: Shredding our Constitution and, as one of their leaders once put it, “fundamentally transforming the United States of America.” That is what we must remember through all of this: That this is a battle that goes far beyond the 2016 or 2020 elections, and far beyond the presidential tenure of any one man, even one as successful as President Trump. This is a War for America’s Soul. 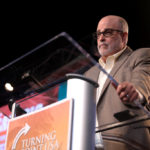 Our Take: Mark Levin is Right: Impeachment Threatens Our Constitution