If there’s one thing that has been made clear, beyond a shadow of a doubt, by the Democrats’ new impeachment push, it’s that Nancy Pelosi is no longer the leader of the party. She might as well hand over the gavel to Alexandria Ocasio-Cortez, to share with her three friends that make up the “Squad,” or, more accurately, the Four Horsewomen of the Democrat Apocalypse.

These four in particular had been pushing for impeachment since before they were even seated in Congress, while Pelosi had been fending off their efforts for the longest time due to the obvious political backlash that it would face. But it appears that Pelosi could not hold them off forever. Make no mistake, this is not happening because of some new breaking development that changed Pelosi’s mind; she simply caved to the far-left.

Rep. Nancy Pelosi (D-CA) is still, formally, the Speaker of the House. But as of Tuesday, when Democrats meet to discuss moving forward with an impeachment inquiry, control belongs to Rep. Alexandria Ocasio-Cortez (D-NY).

It was Tlaib who declared, on her first day in office, that Democrats would “impeach the motherfucker.” She and Rep. Al Green (D-TX) introduced an impeachment resolution in March. Ocasio-Cortez and Omar soon joined them.

But Pelosi pushed back constantly, as she had done when some Democrats started talking impeachment during the 2018 midterm elections (partly at the urging of billionaire mega-donor Tom Steyer, now running for president).

Pelosi vowed that the facts would guide her, particularly the investigation of Special Counsel Robert Mueller into allegations of “Russian collusion” with the Trump campaign and obstruction of justice by President Donald Trump.

As she resisted the “resistance,” Pelosi feuded publicly with Ocasio-Cortez over a variety of issues, complaining that the freshman member kept tweeting criticism of the party leadership. The two reached a truce in late July.

However, over the weekend, Ocasio-Cortez tweeted an indirect, rebuke of Pelosi: “At this point, the bigger national scandal isn’t the president’s lawbreaking behavior – it is the Democratic Party’s refusal to impeach him for it.”

But Pelosi is no longer waiting for the facts. She will make her stand based on the supposed principle that Congress is entitled to information from a reported whistleblower complaint that the administration has withheld thus far.

Yet Pelosi has other avenues, such as the courts, to pursue that information. She has been forced to change her view on impeachment because she no longer controls her caucus.

AOC and the Squad have won; they hold real power. 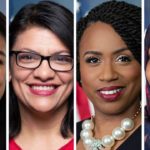 Our Take: Impeachment: The Far-Left Has Taken Over the Democratic Party