After another mass shooting, Democrats once again have only one thing on their collective minds: Taking advantage of the tragedy and loss of life to push their anti-Second Amendment agenda, standing on the graves of the victims in order to trample on our Constitutional rights.

Once more, Robert Francis “Beto” O’Rourke, struggling with poll numbers within the margin of error, is exploiting the tragedy in his home state to push for gun confiscation. No longer hiding his true agenda, O’Rourke openly declared that as president, he would force Americans who own “assault rifles” to “sell them to the government.” It goes without saying what would be in store for gun owners who refuse under an O’Rourke regime.

Even Joe Biden, who once promoted himself as the “regular” candidate of the working class, is jumping on the gun control train. He has called for the elimination of “magazines that can have multiple bullets in them”…which means every magazine in the country, since that is exactly the purpose of a magazine in the first place. It’s hard to tell if this is another sign of his probable senility, or an ongoing march to the extreme Left to appease the party base; either scenario should be terrifying to the average American.

Before the bodies are even cold, the Democrats are exploiting mass murder. As always, we must stand ready to resist any and all of their efforts to take away our God-given right to defend ourselves and bear arms, since the Second Amendment is our last line of defense against the Democrats’ totalitarian tendencies.

In the wake of the shooting in Odessa, Texas, several Democratic presidential candidates have stepped up their efforts to push for more restrictive gun control measures if elected, as reported by The Daily Wire’s Ryan Saavedra.

Former Congressman Beto O’Rourke (D-Texas), while campaigning in Charlottesville, Virginia, was asked by a reporter to “address the fears [that] the government is going to take away those assault rifles,” and to clarify “if you are talking about buybacks and banning.” O’Rourke responded by saying “that’s exactly what we are going to do,” declaring that “Americans who own AR-15s, AK-47s, will have to sell them to the government.”

O’Rourke’s push for such drastic measures – including taking advantage of recent mass shootings in Texas – can be seen as a reflection of the status of his struggling presidential campaign, with his polling numbers averaging two percent or less.

Meanwhile, former Vice President Joe Biden issued a similar call for stricter anti-gun measures, saying that he would push for “elimination of assault-type weapons” and “magazines that can have multiple bullets in them.” He added that he believes such bans would be “no violation of the Second Amendment.”

As Saavedra pointed out on Twitter, “All magazines hold ‘multiple bullets.’ That’s the point.” As such, a ban on magazines would eliminate virtually every gun in the country.

Biden’s stance could be reflective of his recent efforts to shift further left on his positions, in order to combat the rise of socialists and progressives like Senator Bernie Sanders (D-Vt.) and Senator Elizabeth Warren (D-Mass.); or his misunderstanding of the purpose of magazines and the subsequent extremity of his call could be the latest in a string of gaffes he has made on the campaign trail, which has raised issues about his age and mental health. 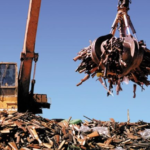 Our Take: Democrats Now Want to Take All Your Guns