There are many things that could be said about Michael Bloomerg’s unceremonious late entry into the Democratic field. It already speaks volumes about the party leadership’s awareness of – and reluctance to admit to – the weakness of their crop of candidates, as clearly none of them are fit to take on President Trump.

But beyond the weakness of the field itself, Bloomberg has also exposed the sheer hypocrisy of the Left for two main reasons. First, he has proven that when it comes to the increasingly far-left, anti-capitalist rhetoric of the modern Democratic Party, they truly are not willing to practice what they preach. The irony of a party that rails against billionaires now turning to a billionaire of their own is beyond measure.

Bloomberg’s entry has also directly exposed the pure bias of the mainstream media in favor of the Democrats. With his news company, Bloomberg News, announcing that it will not investigate Bloomberg or any of the other Democratic candidates – but will continue to investigate President Trump – it is more apparent now than ever that the mainstream media truly is just a branch of the Democratic Party, managing their public relations and opposition research at the same time.

For that, we should welcome Bloomberg’s stumbling into the race. He is only making an even stronger case for four more years of President Trump. 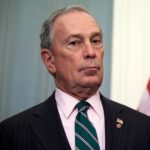 Our Take: Bloomberg and Democrat Hypocrisy