We should always appreciate the very few areas on which both parties can set aside their differences and come together for the common goal of helping America. Last year, it was the historic criminal justice reform bill passed on a bipartisan basis and signed into law by President Trump. This year, it may be a universal desire to hold Big Tech accountable for their illegal actions.

The announcement this week that over three dozen state attorneys general will be launching an antitrust investigation into various Big Tech companies is a good sign that the tech oligarchs and monopolies’ days may very well be numbered. After all, when the attorney general of New York and the attorney general of Texas can come together for the same cause, you can bet that the target of their efforts has plenty of reasons to be nervous about the future.

From their monopolistic stranglehold on the market, to their blatantly unconstitutional censorship of Americans based on their political beliefs, the tech giants – Google, Facebook, Twitter, Amazon, Apple, and others – have long since stepped over the line. Repeatedly. Up to this point, they have felt invincible. But now they may soon find that they really aren’t too big to fail after all.

State attorneys general will launch one of the largest bipartisan, multi-state antitrust investigations into Facebook and Google on Monday.

State attorneys general spanning across dozens of states will announce an antitrust investigation into Google and Facebook, and other technology companies at the Supreme Court at 2:00 p.m. ET Monday.

James said in a statement to the Wall Street Journal:

“I am proud to be leading a bipartisan coalition of attorneys general in investigating whether Facebook has stifled competition and put users at risk. We will use every investigative tool at our disposal to determine whether Facebook’s actions may have endangered consumer data, reduced the quality of consumers’ choices, or increased the price of advertising.”

The Journal‘s report follows an exclusive Breitbart News interview with Louisiana Attorney General Jeff Landry, who said that many state attorneys generals have “had enough” of big tech, and they will “take action” after significant investigation.

“You know I would tell you that if everybody thinks it’s just saber-rattling, then they’re wrong,” Landry told Breitbart News. “At some point in time we believe when there’s smoke there’s fire, and at a time when we are able to gather evidence, we’re going to take action.”

”I was proud to launch the first antitrust and privacy investigation of Big Tech by an attorney general two years ago. I’m heartened to see a new group of attorneys general with the courage to stand up to these powerful companies and fight for citizens,” Sen. Hawley said in a statement Friday. “Big Tech companies should be held accountable if they are violating our privacy or harming our children or killing innovation.” 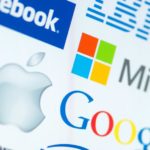 Our Take: Big Tech Must be Investigated