As Big Tech censorship continues to run rampant, the corporations responsible for so many violations of the First Amendment have begun feeling the heat. From plummeting stocks to looming government investigations, companies such as Twitter, Facebook, and Google are slowly coming to the realization that their censorship has consequences.

As a result, some of them have turned to one of the last allies they can rely on: Their accomplices in the mainstream media. YouTube CEO Susan Wojcicki tried to smooth over the company’s PR disaster of blatantly censoring conservative channels by appearing on CBS’s “60 Minutes,” claiming that the company truly does support free speech.

Of course, anyone with any objectivity can see that freedom of speech means absolutely nothing to Big Tech. They only pretend to care because they know that censorship hurts their image, and they know that the media will gladly cover them in a positive light at every turn. They remain united in their determination to censor conservatives, and convince everyone – if not themselves – that the opposite is true. The fight to preserve our First Amendment rights has only just begun. 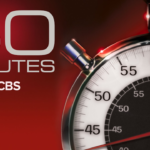 Our Take: Big Tech Hiding Behind Mainstream Media to Censor