For the last several months, impeachment has been at the forefront of the public conversation, media coverage, and political debate. From the airwaves of national radio to our TV screens, the impeachment hearings, with their Deep State witnesses and unproven allegations and smears, swirl around us.

But while this battle will be an important one, we must not forget that it is only that: A battle. There is still a broader war we must fight, and the implications for that war go far beyond even just the President.

At the heart of that war is this: Just as the Democrats are determined to shred our Constitution with their sham impeachment process, they are equally determined to destroy our uniquely American culture just to get what they want, and in both cases, their end goal is the same. They want total power and complete control, and as we discussed yesterday with Dr. Thomas Williams, our very civilization is on the line.

From their support for mass migration that brings crime, takes jobs form Americans, and destabilizes our communities, to their disregard for freedom of speech and religion, to their efforts to eliminate the reality of gender and push abusive “transgenderism” on our youth, everything they do is about subverting, undermining, and ultimately replacing our way of life with their leftist dystopian vision of the future.

The fight over President Donald Trump is a part of that, as he represents one of the greatest warriors we have ever seen in the modern Culture War. But we must always remember that each battle is part of this greater conflict for our the soul of our nation and civilization. This realization of just how much is truly at stake can be the ultimate motivation to fight our hardest in every single one of these battles. 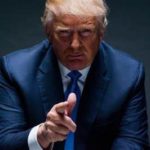 Our Take: Beyond Impeachment, the True War is for Our Culture