Freshman New York representative Alexandria Ocasio-Cortez really is symbolic of many of the most disturbing traits of the modern Left: She unapologetically supports socialism, hates the founding principles of the United States, and relentlessly pushes identity politics for the purpose of further dividing our country along racial and class lines.

Her most recent comments, comparing American detention facilities for illegal aliens to the concentration camps run by the Nazis, have rightfully earned her swift ridicule and condemnation from across America, including the Jewish community. From college students to Polish lawmakers, her comments have been decried as insensitive, shameful, and potentially dangerous.

Note: these comments from one naïve member of Congress are not an outlier, or just another gaffe like the hundreds that Joe Biden is notorious for. The anti-American sentiment expressed by AOC is felt by many on the Left today, from anti-Trump protesters and Antifa thugs to other Democratic members of Congress; she’s just one of the few who is unafraid to say how she really feels, even if it means openly comparing America to Nazi Germany.

And that is the takeaway: The far-left hates America, and hate our freedoms. They see a President like Donald Trump, who has brought about more prosperity, freedom, and security than any other President in modern history, and they see another Hitler. By transition, this means that they view regular, every-day Americans who support President Trump as Nazis too. That includes you if you voted for our 45th President, or support his MAGA agenda.

This only further proves the President’s words in Orlando are truer than we could have imagined: The Left is fueled by hatred, and only the will of a free American populace, and its power at the ballot box in 2020, can stop the Left’s march for power in its tracks.

Todd said Wednesday that Nazi death and concentration camps are “not comparable in the slightest” to what’s going on at the border.
“You can call our government’s detention of migrants at our southern border many things depending on how you see it. It’s a stain on our nation, maybe. A necessary evil to others,” Todd said. “But do you know what you can’t call it?” he asked, before airing a clip of Ocasio-Cortez’s controversial remarks.

Todd said the New York Democrat’s use of the term “concentration camps” only distracts from the debate on how to resolve the humanitarian crisis at the southern border.

Todd also criticized other Democrats, such as House Judiciary Committee Chairman Jerry Nadler of New York, who were reluctant to condemn Ocasio-Cortez’s remarks.

“One of the lessons of the Holocaust is ‘Never Again,’ Nadler tweeted Tuesday. “We fail to learn that lesson when we don’t callout such inhumanity right in front of us.”

“Why are we so sheepish calling out people we agree with politically these days?” Todd asked viewers. He claimed the issue exists on both sides of the aisle — among both Republicans and Democrats.

“Are we really so ensconced in our political bubbles, liberal versus conservative, that we cannot talk about right versus wrong anymore? Some things are bigger than partisanship, or at least they used to be.” 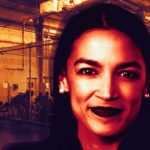