Not even two days into the new year, and President Trump is proving that he always follows up on his tough words with tougher actions.

After making a direct threat against Iran for their part in orchestrating an attack on the American embassy in Baghdad, the United States launched an airstrike that killed a top Iranian general, as well as the leader of an Iranian-backed militia, among others, at a Baghdad airport. These individuals played a role in the attack on the embassy, and were apparently planning even more attacks against Americans.

This move means several things, all of which are good for America: Under President Trump, the United States is returning to a philosophy of “peace through strength.” In addition, our country is back to reinforcing our red lines, rather than backing down and redrawing them again and again as we did under Obama’s non-leadership. Lastly, this demonstrates an absolute zero-tolerance policy for terrorism against Americans, domestically and abroad, no matter who the culprits may be.

It may not be America’s role to be perpetually involved in other countries’ affairs, but it is our place to defend our interests and protect American lives. And under President Trump, we will continue to do just that. 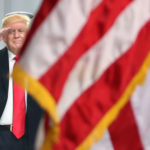 Our Take: America is Leading Once Again