As the Left continues its endless self-righteous preaching over the President’s criticisms of Baltimore, the only thing more obnoxious than their virtue-signaling is their obvious double-standards.

As more and more leftists piled onto the anti-Trump chorus, one of the most recent critics stands out more than the rest. The “reverend” Al Sharpton recently tweeted that he was going to Baltimore, ostensibly to stand “in solidarity” with the city after the President’s comments.

This is especially ironic, if not outrageous, as Al Sharpton is perhaps one of the most racist figures in modern American politics. From his comments deriding the ancient Greeks as “homos” to his explicitly anti-Semitic comments that led to a race riot in New York and the death of a Jewish student, Sharpton is most likely the last person who is capable of uniting America across racial lines.

Even as the President makes further inroads such as meeting with religious leaders of the black community, race-hustlers like Al Sharpton can only focus on attacking President Trump and further stoking racial divides. It’s beyond clear which side actually cares about the African-American community, and combatting racism in our country.

Newsmax: 16 Facts About Al Sharpton the Media Won’t Tell You

The Rev. Al Sharpton has been praised as a civil rights icon by prominent figures in politics, and “60 Minutes” reported that he has become President Barack Obama’s “go-to black leader.”

Sharpton has been frequently in the media for leading protests against grand jury decisions exonerating white policemen in the deaths of unarmed African-Americans in Ferguson, Missouri, and Staten Island, New York.

But many in the mainstream media have sought to downplay the negatives surrounding the firebrand minister, who has been accused of being a rabble-rouser out for personal gain, including:

1. When Sharpton sought involvement in the funeral of Akai Gurley, an African-American shot dead in November by a rookie police officer in the darkened stairwell of a housing project in Brooklyn, New York, Gurley’s family told him to stay away.

Sharpton held a news conference condemning the cop and promised to deliver a eulogy at the wake. But Gurley’s aunt, who was speaking for his mother, told TMZ: “Al Sharpton came in, put his name on the situation, but has not even made one single call to the parents of Akai,” adding that all Sharpton sees “is money and political gain and he is turning the tragedy into a circus.”

2. Sharpton has more than $4.5 million in current state and federal tax liens against him and his businesses. His National Action Network has repeatedly failed to pay travel agencies, hotels, and landlords, records show.

3. Sharpton has allegedly sought to keep his nonprofit afloat with money that was supposed to go to payroll taxes, although he contends that the payroll tax shortfall was not intentional.

4. The reverend accused an upstate New York prosecutor, Steven Pagones, of being part of a group of white men who raped teenager Tawana Brawley in 1987. A grand jury found “overwhelming evidence” that the rape allegation had been fabricated. Pagones sued Sharpton for defamation and won a judgment of $65,000. Sharpton reportedly paid the judgment with money raised by his supporters.

5. Sharpton has frequently sparked controversy with his strident language. During a rally in Brooklyn, he called white people “crackers.”

6. After a car in a Hasidic rabbi’s motorcade killed a 7-year-old black boy in Brooklyn in 1991, Sharpton referred to the Hasidic Jews as “diamond merchants” and said “if the Jews want to get it on, tell them to pin their yarmulkes back and come over to my house.” Shortly afterward, an innocent Hasidic Jewish student visiting the area from Australia was set upon by a mob and stabbed to death.

7. In 1995, an African-American Pentecostal church in Harlem, New York, asked a Jewish tenant of one of its properties, Freddie’s Fashion Mart, to evict a black-run record store that was subletting part of the property. Sharpton showed up outside Freddie’s vowing to a crowd: “We will not stand by and allow them to move this brother so that some white interloper can expand his business.”

Two weeks before Christmas that year, Freddie’s was attacked by a man in the crowd who shot several customers and then set fire to the building with a flammable liquid, killing seven employees. Sharpton subsequently apologized for his “white interloper” remark, but vehemently denied responsibility for the violence.

Read Newsmax: 16 Facts About Al Sharpton the Media Won’t Tell You | Newsmax.com
Urgent: Do you approve of Pres. Trump? Vote Here in Poll

9. When Mitt Romney, a Mormon, was running for president in 2007, Sharpton said: “As for the Mormon running for office, those who really believe in God will defeat him anyway.”

11. In 1993, he pleaded guilty to a misdemeanor for failing to file a state income tax return.

12. State law bars nonprofits from making loans to officers, but Sharpton admitted that his National Action Network had once loaned him money to cover his daughters’ tuition.

13. Sharpton was jailed for 90 days in 2001 on trespassing charges stemming from his protest against U.S. military target practice exercises in Puerto Rico.

14. Sharpton worked as a government informant. In 2002, HBO aired a 19-year-old FBI videotape of an undercover sting operation showing Sharpton with an FBI agent posing as a Latin American businessman and a reputed Columbo crime family captain.

Sharpton said in 1988 that he informed for the government in order to stem the flow of crack cocaine into black neighborhoods, although The Smoking Gun alleged that he was paid to be an informant.

15. In December 2005, Sharpton agreed to repay $100,000 in public funds he received for his 2004 presidential campaign, because he had exceeded federal limits on personal expenditures for his campaign.

16. In 2005, Sharpton appeared in three TV commercials for LoanMax, an automobile title loan firm that reportedly charged fees that were the equivalent of 300 percent APR loans. 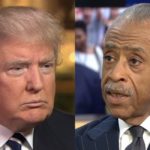 Our Take: Al Sharpton Displays the True Racism of the Left