There are few things more horrifying, tragic, and enraging than the senseless murder of an innocent American citizen by an illegal alien who should not be in this country. But this is a phenomenon that, thanks to the reckless and un-American “sanctuary” policies implemented by Democrat-controlled states, counties, and cities, is becoming far too common.

From Kate Steinle in California to Mollie Tibbetts in Iowa, the most innocent and unsuspecting among us are falling as victims of brutal murder by criminals who never should have been here to begin with, and then being protected by Democrat politicians.

Another one of the most prominent cases is the murder of Ronald da Silva, the American man son of Agnes Gibboney, legal immigrant. Agnes now, sadly, an Angel Mom and advocate for other Angel Families who have lost their loved ones to illegal aliens, has been a frequent guest on AMERICA First to tell her story and to share the plight of other Americans who have suffered just as she and her family have suffered.

Ronald was on his way to visit his girlfriend in El Monte, located in California’s Inland Empire, when he was ambushed by the killer: Luis Humberto Gonzalez, AKA “Valencia” (pictured above), a gang member and illegal alien who had already been deported out of America before. Gonzalez emerged from hiding and opened fire at Ronald and a friend he was walking with, killing Ronald. Gonzalez was arrested and sent to prison after pleading guilty to manslaughter.

Now, speaking exclusively to AMERICA First, Agnes has revealed a devastating turn of events in the saga of her son’s murderer escaping justice. After being locked away for the crime in 2002, Gonzalez is set to be released sometime between November 21st and 23rd this week, 17 years after the murder.

Agnes says she has been informed that ICE has not been notified of the exact time of Gonzalez’s pending release, as California is a sanctuary state where local authorities are allowed to refuse cooperation with ICE and federal authorities. ICE does not have the time or the resources to stake out the prison for the entirety of the three-day period he is expected to be released, which means that Gonzalez will be free to escape back into society. Agnes also says that Gonzalez has since declared himself a transient, and will therefore have to be hunted down by Enforcement Removal Operations once he is freed.

“In the meantime,” Agnes told us, “my family and myself will have to live in fear just before the holidays,” knowing that Ronald’s murderer is not only free, but has been allowed to walk free because of the lethal policies implemented by Democratic leaders in California. In the event that Gonzalez is apprehended again, Agnes says, “they won’t charge him for reentry and crimes of moral turpitude” since California laws have become “more lenient, and some felonies were reduced to misdemeanor(s).”

“I am disappointed that our government in California cares more about illegal aliens and criminals, than legal immigrants like myself,” Agnes says. “Which government officials care for me and my family’s safety and protection?”

California’s S.B. 54, the law that made it a sanctuary state in the first place, only serves to protect illegal aliens, put American citizens last, and will most likely lead to new victims of illegal alien crime when they repeatedly re-enter the country and commit more crimes.

“Americans should always come first,” Agnes rightfully declared. Properly punishing and keeping illegal aliens out of our country is not only justice, it is at the very core of an America First approach. Anything to the contrary, like the evil sanctuary policies from California to Montgomery County, Maryland, is America Last. 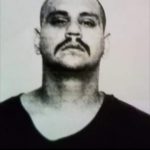