Throughout the history of the human race, no matter what culture or region, children have been prized. The birth of a new child; their growth and development, these have been the basis of civilization. Yet, today, the Democratic Party insists on lowering the threshold for the barbaric practice of abortion. In 1973, they legalized this form of murder, while they promised that abortions would be “safe” (for the women receiving them), “legal,” and “rare.” Yet, the opposite resulted. More than 60 million unborn babies have been killed since then through abortion, with 20 million of them being African-American babies. The American Left has tried to sabotage what once was a cause for celebration, the birth of a child, into a sordid, ordeal in which all of the hope and promise of a new life–in God’s image–is extinguished for the sake of their political ideology.

Just when Pro-Life groups thought things could not get any worse for babies, the New York Democratic Party managed to pass a bill that allows for after-birth abortions. Even if a baby were to make it out of the womb, if the mother simply chooses not to keep the child, medical professionals will be on hand to ensure that the child does not survive on its own.

Democratic Party leaders throughout the land are attempting to pass legislation similar to the murderous New York legislation. Notably, in Virginia, Governor Ralph Northam–a pediatrician by trade–led calls for the passage of an after-birth bill. If not for the governor’s offensive pictures from his time in college, Governor Northam would still be having to answer questions about his support for infanticide. Northam and the rest of the Democratic Party should be made to answer tough questions about their support for forms of abortion that were once considered anathema even among the radical pro-abortion Left. But, the Democrats are not stopping there. They are intensifying their efforts to target the most innocent human beings of them all: children.

Earlier this week, the United States Senate voted against protecting newborn children who survive a botched abortion. Specifically, the Democratic Party–including all of the Democratic senators who are currently running for president in 2020–voted against the “Born Alive Abortion Survivors Act.” Only three Democrats in the Senate voted in support of the bill, Joe Manchin of West Virginia, Doug Jones of Alabama, and Bob Casey, Jr. of Pennsylvania.

The three Republicans weren’t bothered enough to vote on a fundamental issue that affects everyone in this great republic: life, without which there can be no liberty or pursuit of happiness. Senators Tim Scott from South Carolina, Lisa Murkowski of Alaska, and Kevin Cramer of North Dakota abstained. Both Scott and Cramer’s staff claimed that the senators were unable to make it to the Senate to vote for the bill because their flights to Washington, D.C. were delayed. Murkowski, on the other hand, has long been the GOP’s weak link in the Senate and she lived up to her reputation by refusing to cast a vote at all.

Thanks to the actions of corrupt, cowardly, and mendacious politicians–from both parties–babies are in greater danger than ever. They are made less safe not because our society is technologically incapable of keeping them safe and cherishing them. Rather, these beautiful babies–each one unique, biologically, spiritually, and intellectually–are being directly threatened by the radical politics of the American Left. Just remember when you think you might vote for one of the six Democratic senators running for president next year that each one of these extremists literally voted to murder babies. 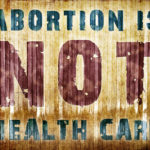